Why Canada’s National Bird Should Be a Boreal Bird 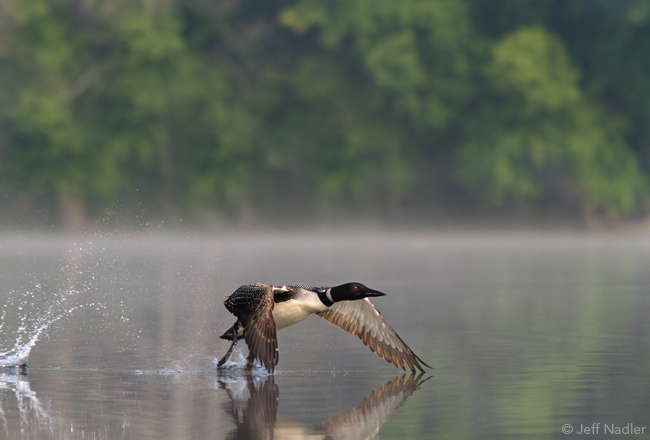 While the United States has the Bald Eagle to carry its flag high in the sky as a symbol of unity between its 50 states, Canada has no such avian emblem to reflect the distinctive spirit of Canadians.

This is likely to change in the near future, however.

Later tonight, the Royal Canadian Geographical Society (RCGS) will be nominating a species it hopes will become Canada’s official bird. Once it is nominated, it is likely to become the official bird of Canada in 2017, which also happens to be the northern nation’s 150th birthday. The timing is fitting, to state the obvious.

The nomination process integrated several factors, including an experts panel discussion, a public poll of Canadians, and others.

It should be noted that any selection process is bound to be subjective. Identifying a species to best represent a nation with as diverse of a population, geography, and ecology as Canada has is difficult. Going even further, many describe Canada as a “nation of nations” given that there are hundreds of Indigenous governments operating under their own sovereignty, each featuring unique cultural histories and iconology.

Having said that, I humbly offer my opinion that Canada’s national bird should be a boreal bird.

It is this last consideration that lends to the idea that Canada’s national bird should be a boreal bird.

A ‘boreal bird’ is one of the 300+ bird species that commonly nest in the Boreal during summer or rely on the forest for winter habitat or as migratory stopover habitat during spring and fall migrations. Around half of the bird species found in Canada and the United States are boreal birds, making this Canada’s largest and most exceptional contribution to global avian life.

And it’s not just North America. Many species that breed in Canada’s northern woods during the summer go on to become integral pieces of ecological communities in the Caribbean and Central and South America. This remarkable contribution of migratory birds is unparalleled throughout the Americas and is something that should Canadians should take great pride in. As such, it should be reflected in Canada’s national bird.

The voting body is likely to select from the list of top vote-getters during RCGS’s recent public poll, of which the leaders were Common Loon, Snowy Owl, Gray Jay, Canada Goose, and Black-capped Chickadee.

From a connection-to-the-Boreal perspective, all five options fit the bill, albeit to varying degrees and contexts.

This iconic waterfowl can be witnessed speckled across lakes throughout the Boreal Forest during summer. It’s eerie, goose bump-inducing cry sends shivers down the backs of people out for a hunt, fish, or paddle. An estimated 74% of its population nests in the Boreal each year, making it a great candidate to represent the vast forest that distinguishes Canada from an avian perspective. The Boreal is also sometimes referred to as a ‘forest of blue’ due to its enormous offerings of lakes, rivers, and wetlands present, so picking a waterfowl would fit within that remarkable global contribution as well. 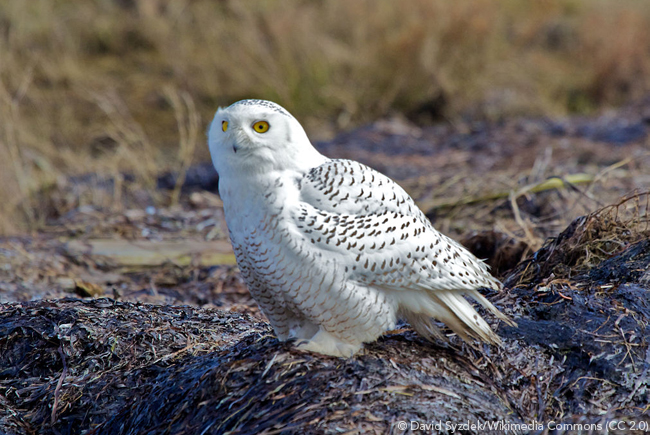 This majestic raptor turns almost fully white during the winter months in order to blend in with the vast sheets of snow that embalm the Boreal Forest during winter. This boreal bird is a bit unique from its counterparts in the sense that most of them rely on the Boreal Forest for winter habitat as opposed to summer breeding habitat. While its range extends into Alaska and throughout northern Asia and Europe (which is also a part of the global boreal biome), this sleek owl reflects Canadian ruggedness given it stops short of warmer climes that attract most species and settles in throughout much of southern and central Canada. 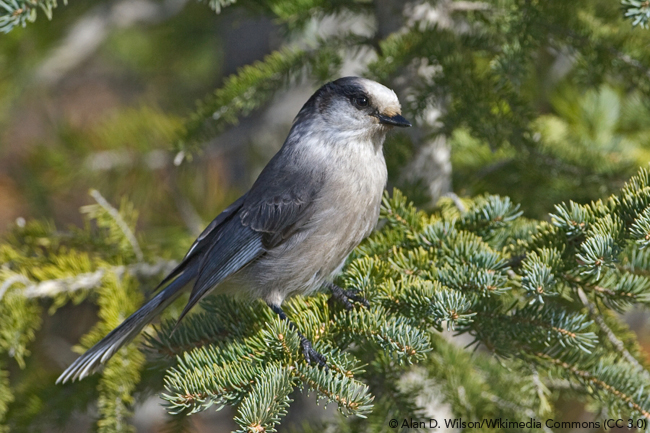 Speaking of unique relationships with the Boreal, the Gray Jay—sometimes called a Canada Jay or Whiskey Jack—also puts an interesting spin on the idea of a ‘boreal bird’. Unlike the Snowy Owl, Gray Jays mostly breed in the Boreal Forest during summer (73% of its population, in fact). However, rather than subsequently migrating south like most boreal-breeders do, Gray Jays stick around for the winter and tough out the colder months on a diet largely made up of food it collected and cached during summer and fall. It’s also widely recognizable and is known to hang out near campsites (watch your food!), which lends to the overall cordial and welcoming spirit of Canadians that I’ve perceived through years of working with them. 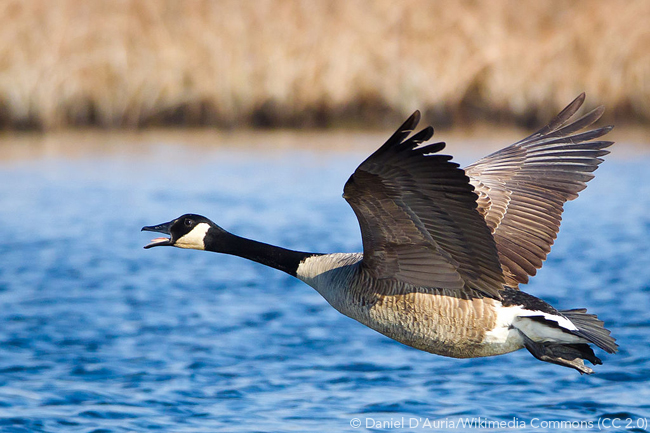 Of all of the top contenders, this one is easily the most recognizable among non-birders. It can be found almost anywhere in Canada outside of the isles of Nunavut, and its name is obviously fitting given the topic at hand. It doesn’t have as high of a connection to the Boreal Forest as some of its counterparts—a little over one-third of its population breeds there. Beyond that, its main drawback is that it can be considered somewhat of a nuisance in cities where it has become year-round residents. However, its name and easy-to-identify nature should not be overlooked. 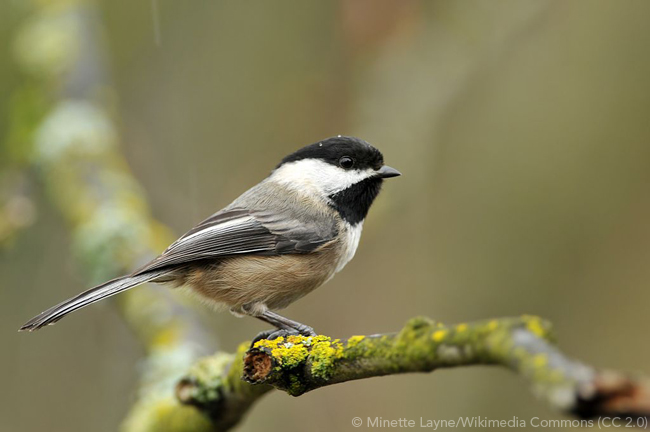 If cuteness was the leading factor, this vote wouldn’t be close. Even the name “chickadee” hits that mark. In terms of its ability to represent the Boreal, however, it doesn’t have a wing up over its counterparts. Around one-quarter of these small songbirds come from the Boreal each year; the remainder are born in southern Canada and the northern half of the United States. Like the Gray Jay, it is non-migratory. But its weaker ties to the Boreal as well as the fact that it is less exclusively ‘Canadian’ compared to the Gray Jay in terms of population and geographic range hinder it from reaching frontrunner status.

There are a large number of factors that should go into determining Canada’s official bird, as discussed previously. The species’ connection to the Boreal Forest and ability to represent this global habitat powerhouse for migrants is only one of them. It is, however, a particular consideration that should feature more prominently as the panel sits down to decide on its recommendation.

As the panel announces its decision later tonight, I hope Canada’s most unique contribution to the avian world in the Boreal Forest played a strong role in the discussion as I listen in intently from just south of the border.