Celebrating the Gray (Canada) Jay, Icon of the North 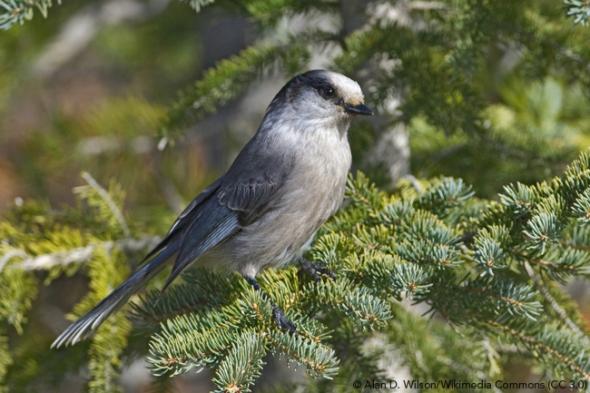 As you may have heard, Canada is primed to finally have a national bird. After 2 years of careful consideration, the Royal Canadian Geographic Society has officially endorsed the Gray Jay as its choice to become the avian ambassador of Canada.

The plush, gray-and-white dusted Perisoreus Canadensis goes by many names, including Canada Jay and Whiskey Jack. If you’re visiting one of the hundreds of primarily Indigenous communities in Canada’s Far North, you might hear the bird called Wìsakedjàk in Algonquin, Wīhsakecāhkw in Cree, and Wiisagejaak in Oji-cree. It is believed these words led to the Anglophonic adoption of ‘Whiskey Jack’—the other  moniker given to the Gray Jay by early trappers and settlers.

Regardless of which name you opt for, this species is primed to enter celebrity status.

Unlike the United States with its iconic Bald Eagle, Canada has had no such symbol of the skies. Thanks to a popular vote in which 50,000 Canadians cast their ballots, an expert panel and the Royal Canadian Geographic’s recommendation, the Gray Jay is poised to be adopted as Canada’s official bird sometime in 2017. That also happens to be Canada’s 150th birthday—a fitting time to flock behind a bird to represent the great northern nation.

As we have written previously, we strongly believe the bird should have a deep connection to the Boreal Forest.

The Boreal Forest has been coined “North America’s bird nursery” due to its diverse and plentiful contribution of birds. Hundreds of species nest throughout the giant green scarf that drapes across our continent’s shoulders from Alaska all the way to Newfoundland.

The vast majority of boreal-breeding birds are migratory, opting for vast plains, sandy beaches, or tropical greenery to make it through the winter months. The Boreal Forest ships out billions of avian ‘ambassadors’ each fall to bring a taste of northern joy to birders ranging from the United States all the way to the southern tip of South America.

It is Canada’s most exceptional contribution of birds at a global scale. As such, selecting a bird that is mostly endemic to Canada but also shares a deep connection to the forest only seems fitting.

An estimated 73% of Gray Jays breed in the Boreal Forest. While most boreal birds migrate, the Gray Jay does not. Like most Canadians, this rugged and hardy songbird fears not the icy cold and faintly lit landscapes that transform much of Canada in late fall and early winter.

Rather, it spends much of the late summer and fall amassing large reserves of food to cache for the long winter months. 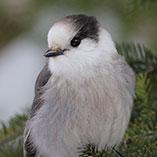 The Gray Jay is also known for being friendly and unabashed when near humans. Rather than flee for the trees, Gray Jays will often show up at campsites to greet their new neighbors. While this can sometimes lead to minor quibbles if food is left out or unattended for a minute, there is no denying the bird’s curiosity and eagerness to welcome new visitors—lending even further to the idea that the Gray Jay captures much of Canada’s unique spirit.

But a national bird isn’t just an image on a postcard. It can be a symbol for the future of the place it calls home.

Because the Gray Jay does not migrate, it will become an extremely valuable early warming system for how climate change affects the Boreal Forest, particularly in the winter.

Reducing our emissions at a global scale is understandably an enormous and critically important focus right now. But when it comes to minimizing climate impacts on wildlife, it is only one part of the solution. Species need larger, undisturbed swaths of habitat to provide the sufficient space and ecological diversity to adapt to impacts from climate change.

It’s possible the Gray Jay could evolve into somewhat of a poster child for better protecting the Boreal Forest, of which the countless species it shares habitat with would similarly benefit. We witnessed how the Bald Eagle helped increase awareness of the effects of DDT within the broader American public. National birds can be very effective at increasing awareness about environmental concerns, but more importantly the solutions that are available to help them. 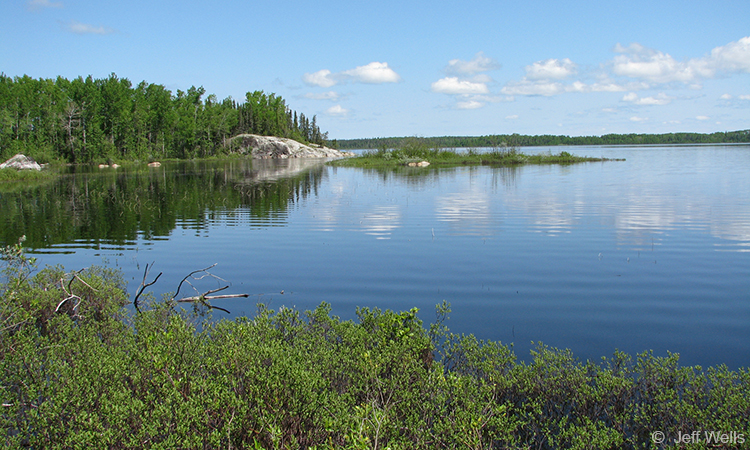 Two provincial governments, Ontario and Quebec, have pledged to protect at least half of their northern boreal regions. And some of the world’s most effective and innovative conservation initiatives are being led by Indigenous communities and governments throughout the Boreal in the form of comprehensive land use plans that chart out areas of highest ecological and cultural value for protection within surrounding lands.

But more is needed. Large portions of the Boreal Forest still remain unprotected and are at risk of large-scale industrial development.

As Margaret Mead once said: “Never doubt that a small group of thoughtful, committed citizens can change the world; indeed, it's the only thing that ever has.”

To put an admittedly cheesy spin on this famous quote: “Never doubt that a small group of symbolic, endearing species can change our sense of urgency to protect the environment; indeed, it’s the only thing that ever has.”

Having a national symbol taps into pride, but also responsibility. We warmly welcome the idea of the Gray Jay becoming the new avian face of Canada.