As the world struggles to curb climate change and limit the loss of habitat that is putting so many species in peril, Canada has an incredible opportunity hidden in plain sight: preserving its vast collection of boreal wetlands. The Hudson and James Bay Lowlands were profiled in our recent Wetland Wonders feature piece. You can read the piece in full here. 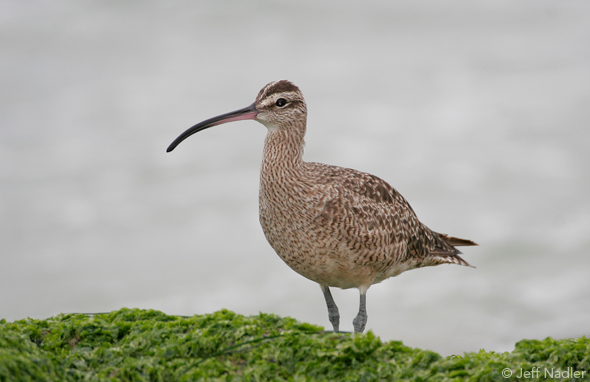 If the Boreal Forest is the global ‘king’ of carbon, the Hudson and James Bay Lowlands would be the crown jewel. Wetlands dominate this open, expansive region in a way that is rarely found anywhere on Earth. It forms the third largest wetland region globally and contains the single largest carbon-rich peatland system on Earth. Peatlands are particularly rich in carbon, meaning the Hudson and James Bay Lowlands are potentially the most carbon-dense terrestrial ecoregion on Earth. This 373,000-km² expanse of mostly pristine wetlands and rivers is also mostly intact.

Its vast area provides habitat for perhaps the world’s highest abundance of the peat-loving Palm Warbler and very likely a high proportion of the global population of the mysterious Yellow Rail—a small, chicken-like marsh bird that is rarely seen and little studied. The marine shores of the region are among the world’s most important migratory feeding concentrations for shorebirds and waterfowl. 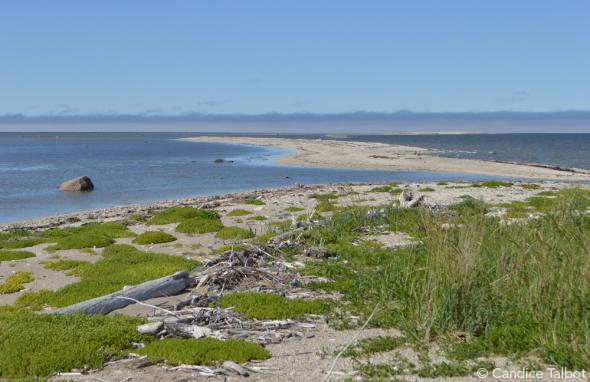 In fact, the region as a whole likely hosts a large proportion of the global populations of many shorebird and waterfowl species during migration. Unusually high counts of species like Red Knot, Hudsonian Godwit, Ruddy Turnstone, Black Scoter, and Lesser Snow Goose indicate incredibly high use of these shoreline habitats. These lowlands are also unique as the host of the southernmost population of polar bears in the world—the only known population that regularly dens in burrows in earth rather than snow and ice. Both migratory tundra caribou and woodland caribou occur within the Hudson and James Bay Lowlands. Estuaries along the coast are also vital habitat for beluga whales, walrus, ringed seals, and bearded seals. 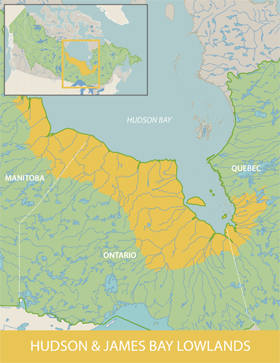 Land-use planning is underway in many Indigenous communities in Ontario, Quebec, and Manitoba. The provincial governments of Ontario and Quebec are committed to protecting at least 50% of the northern portions of both provinces while the Manitoba government has pledged to provide financial support for First Nations to carry out land-use planning. Currently, vast proportions of the area are unprotected and are currently open to mineral exploration and staking without the benefit of regional land planning for development and associated infrastructure.