Conservation Truth and the Need to Protect at Least Half 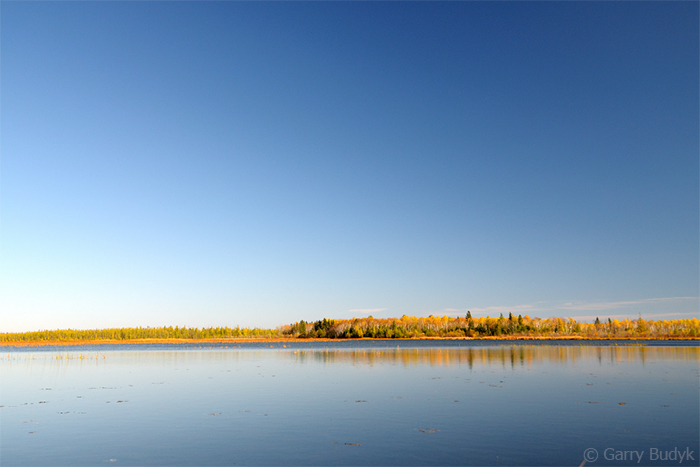 How many people know the truth about what is needed to maintain our animals, plants, clean air, clean water, and other values that keep us humans alive and healthy?

Still not enough, apparently, as the last global protected areas goal that most countries of the world signed on to in 2010 (the so called Aichi target) was to protect 17% of their land area by 2020.

Scientists around the world are coming to a mass consensus that this goal must be radically raised. In fact, it is clear that using a goal of 17% would result in massive numbers of extinctions and massive costs to try to clean air and water to sustain us humans.

Fortunately there is a growing movement around the world to make this fact known. Under the name Nature Needs Half and spearheaded by leading conservationists at the Wild Foundation and RESOLVE, the initiative simply states the new scientific understanding that we must protect at least half of the land within a landscape to ensure a high likelihood of keeping the biodiversity values and ecological values that we need and care about. 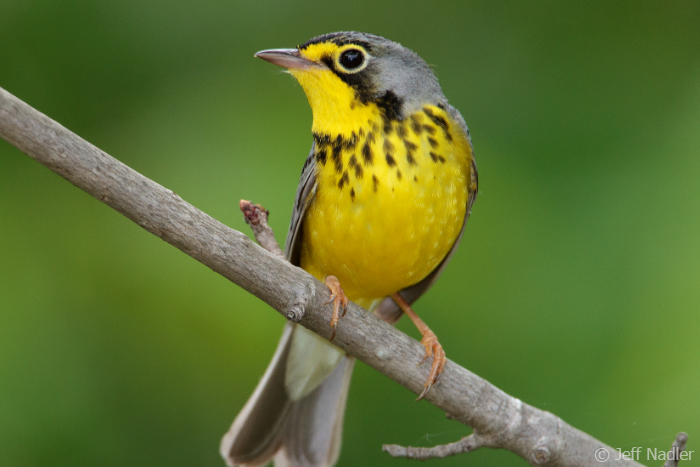 We have written in this blog about E.O. Wilson’s recent book highlighting this fact (read about it here) and here is a conservation-policy brief that outlines the facts and recommendations put out by the International Boreal Conservation Science Panel (read it here). Here is a link to a letter from 1,500 scientists in support of the need to protect at least 50% of the North American Boreal Forest biome.

Earlier this week I had the good fortune to be part of an event at RESOLVE headquarters in Washington, DC., discussing ways to move the Nature Needs Half movement forward. It was exciting to see the support of major well-known conservationists and scientists and philanthropists in the room and to feel the energy and need for the simple but profound message of Nature Needs Half. 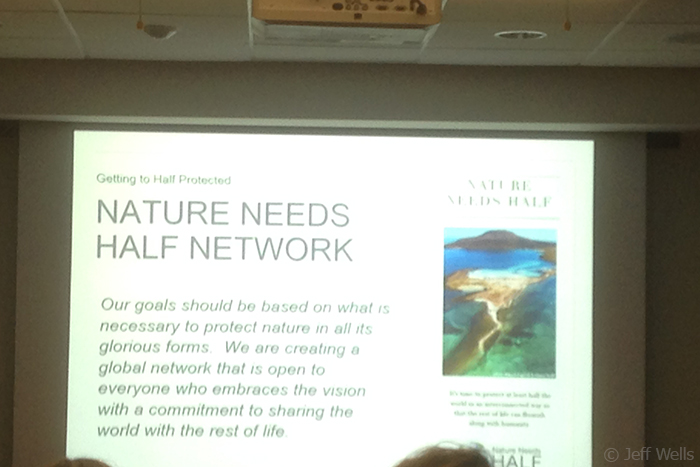 To see in attendance icons of conservation like Harvey Locke of the Yellowstone to Yukon Initiative and Nature Needs Half, Russ Mittermeier of Conservation International, Tom Lovejoy of the United Nations Foundation, Barbara Zimmerman of the International Conservation Fund of Canada, Eric Dinerstein of RESOLVE, Vance Martin and Cyril Kormos of the Wild Foundation, Mike Parr of the American Bird Conservancy and so many others was inspiring.

Many readers of this blog will know that the Boreal Songbird Initiative has been an early adopter of this vision. The Boreal Birds Need Half initiative is working to engage the hundreds of millions of birders of the world in understanding what is necessary to ensure the future of the billions of birds that raise their young in North America’ Boreal Forest region. You can add your support to the vision here: www.borealbirdsneedhalf.org

We will keep you posted about more developments with the Nature Needs Half movement and network, and you can find out more here: www.natureneedshalf.org

Here are a few of my bad iPhone pics that I took at the event: 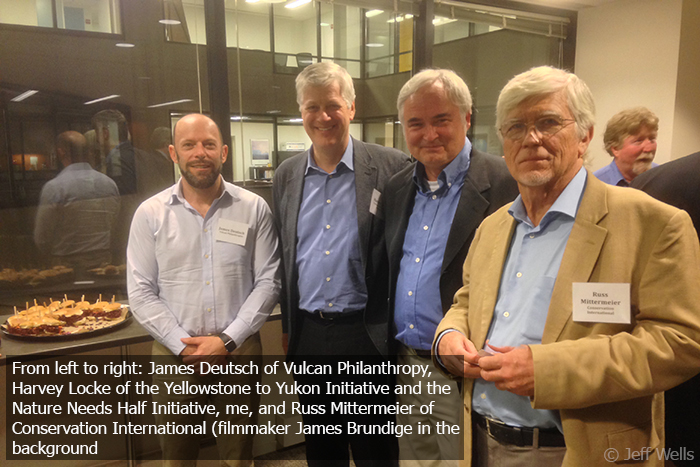 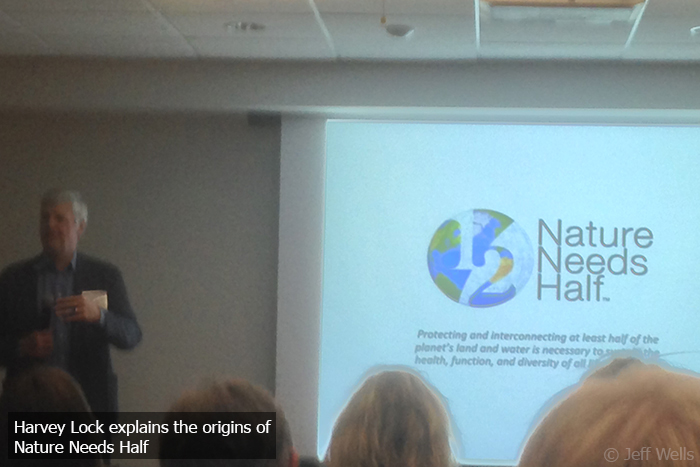 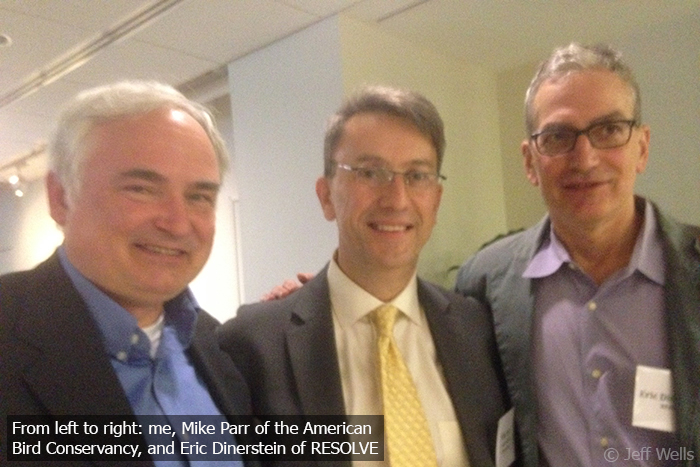 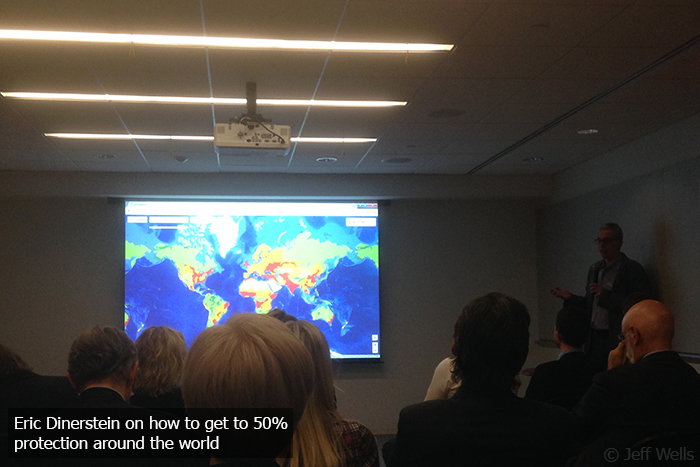 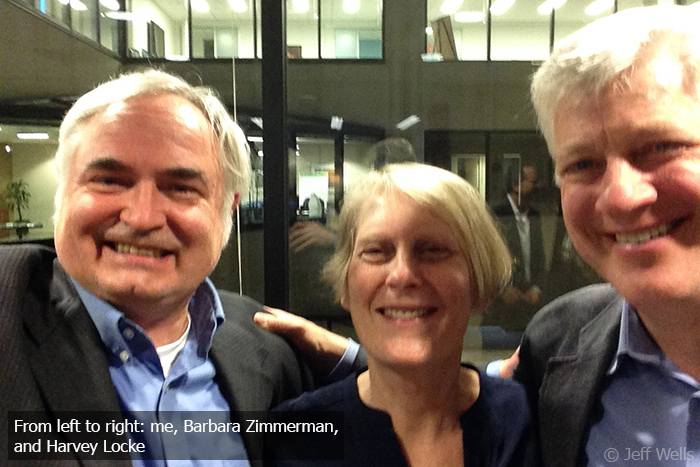