The following has been reprinted with permission from Gord Vaadeland and CPAWS-Saskatchewan. You can view the original here. 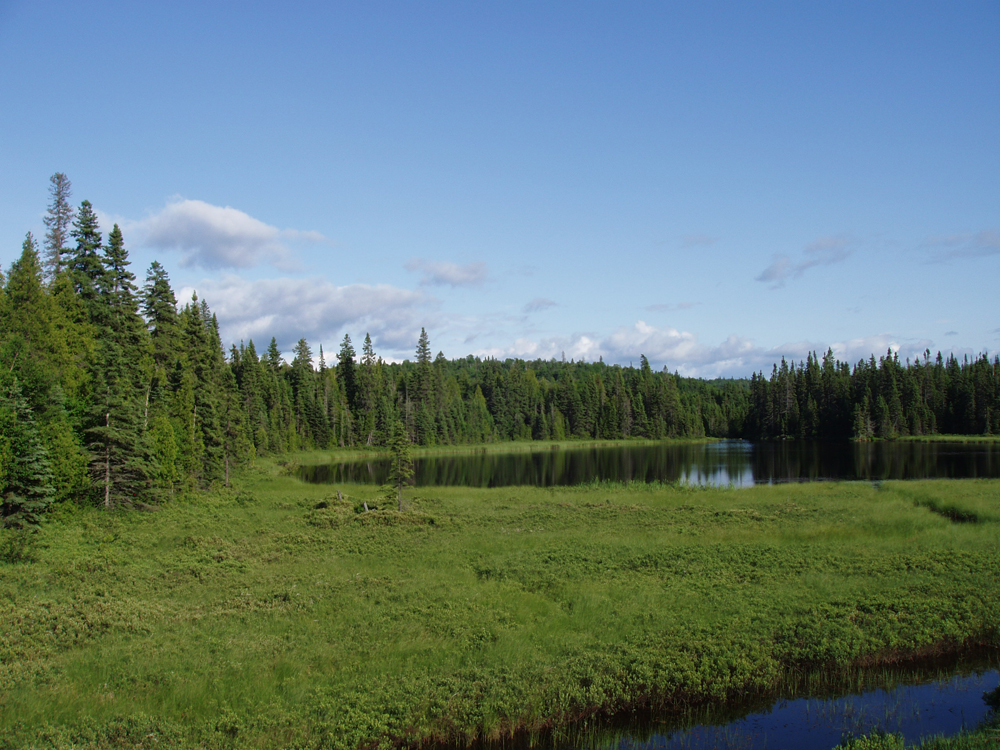 Climate change – it’s the hot topic that has our federal and provincial governments on their toes, trying to find solutions on how to reduce carbon  (CO2) emissions and store those we generate.   What if we told you there was a carbon capture and storage solution right in our backyards?  Intact landscapes such as wetlands, forests and grasslands are some of nature’s best carbon sinks – meaning they have the ability to store large amounts of carbon.  These intact landscapes could be a very effective tool in Saskatchewan’s efforts to reduce its carbon footprint.

Wetlands store large amounts of carbon through the sequestration of atmospheric CO2 to organic carbon in the soil.  They play a key role in regulating greenhouse gases and buffering the impacts of climate change.  Peatlands such as fens, bogs and swamps are especially efficient carbon stores due to the high amount of organic soil found within them.  In Saskatchewan, it’s estimated that 1.56 billion tones of CO2 are stored in the area around the Saskatchewan River Delta alone.  That is equivalent to the total annual CO2 emissions from 331,223,511 cars, or emissions of 16,561,176 vehicles over 20 years. 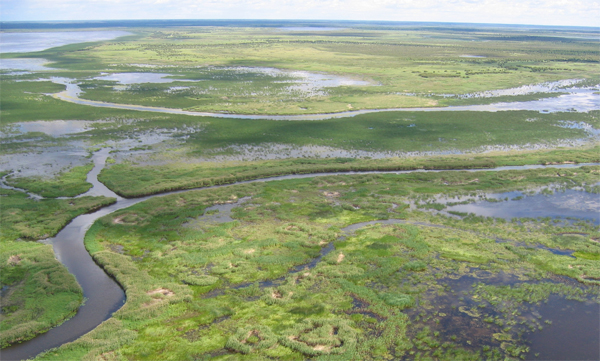 Grasslands store approximately 34% of the global terrestrial stock of carbon according to the World Resources Institute. Unlike forests where vegetation is the primary source of carbon storage, most of the grassland carbon is stored in the soil.  Within Canada, temperate grasslands play a significant role in the global carbon cycle because of their vast areas and high soil carbon density.  It is estimated that soils under native grasslands in western Canada may contain up to 200 tonnes of carbon per hectare within the first metre under fescue prairie, with estimates of perhaps two to three billion tonnes of carbon within the uncultivated grasslands of western Canada.  In short, the amount of carbon stored under one hectare of unbroken fescue is equivalent to removing approximately 150 cars from the surface of the earth for one year.

Effective conservation of our wetlands, forests and grasslands through initiatives such as the elimination of illegal drainage, the creation of protected areas in our boreal forest and the creation of programs that effectively protect and manage our remaining native grasslands can be achieved while also allowing for economic prosperity. And while these initiatives are providing habitat for species at risk, migratory birds or aquatic life, they also take us a long way down the road to meeting our global commitments on climate change and carbon emissions.

The climate change conversation is a complicated one, but this does not mean that all of the solutions are complicated. Whatever the outcome of April’s Provincial Election, we hope the provincial government will consider the value these natural systems can play as it also develops a plan to reduce its carbon footprint.  New technology is great, but nothing beats the efficiency of our natural ecosystems when it comes to carbon capture and storage.

This op-ed was written by Kelly Richardson and Gord Vaadeland of the Canadian Parks and Wilderness Society -Saskatchewan, as part of a non-partisan coalition of environmental groups (with the Public Pastures – Public Interest, Saskatchewan Environmental Society and GreenPAC) working to ensure environment is on the agenda of the provincial election.