Turtle Lodge: a special meeting in a Boreal Forest setting in defense of the Earth

This is a guest blog by Dr. Nancy J. Turner. A Trudeau Fellow at the University of Victoria, Nancy is one of the world’s most well-known ethnobotanists, authors, and advocates of Indigenous Knowledge. She is also a member of the International Boreal Conservation Science Panel. 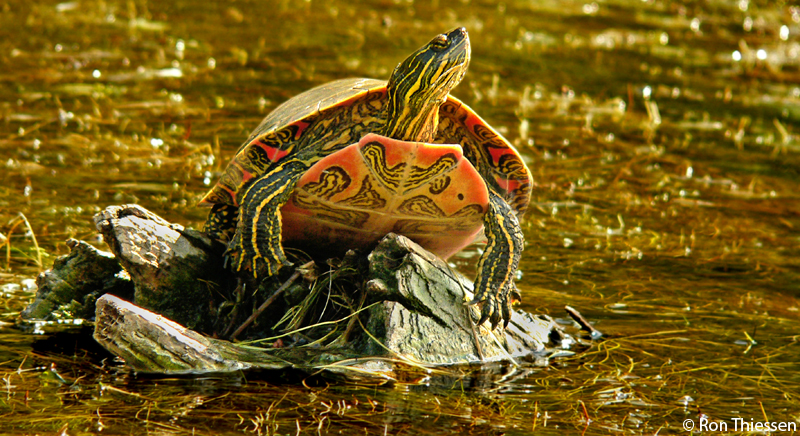 Turtle Lodge was designed to resemble the shape of a turtle when viewing from the air.

Today was the second day of a four-day celebration at Turtle Lodge, a unique cultural centre on the homelands of the Sagkeeng First Nation about 100 km north of Winnipeg, Manitoba. I say “celebration” because it is truly a special, exciting and positive event – a meeting of Indigenous Knowledge holders and western scientists to explore how the diverse knowledge they hold about the world and humans’ place within it can be brought together in a positive way.

Our environment is threatened, globally, in large measure as a result of human activities. Industrial development, expanding populations, pollution, loss of species and destruction of habitats such as wetlands and forests, and finally the overarching impacts of global climate change, are all immense and intractable problems that, together, have reduced the vitality and resilience of the only home we know – Planet Earth. The deterioration of the Canadian Boreal Forest, in which Turtle Lodge is situated and where many Indigenous Peoples (Gwich’in, Cree, Anishinabe, Mi’kmaq, Innu, Inuit and many others) make their homes is a key example. 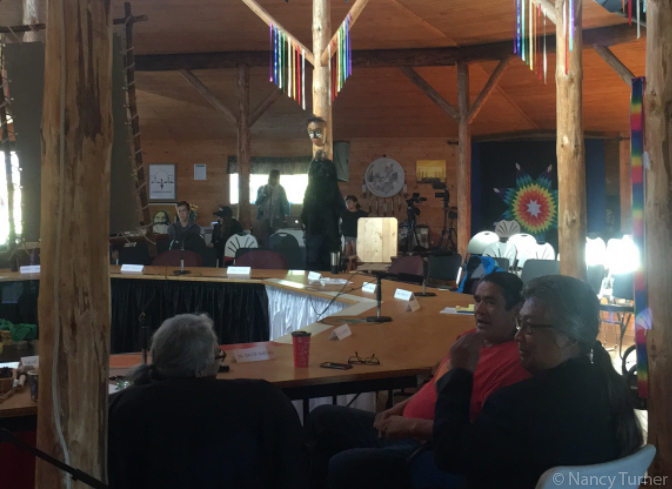 Building alliances and partnerships to confront these threats is the only way we can make a positive difference. This is the message from Indigenous knowledge keeper Dave Courchene here at Turtle Lodge, and from famed scientist Dr. David Suzuki and Miles Richardson, a leader of the Haida Nation; they were the ones who initiated and inspired this gathering.

The meeting was convened to highlight the importance and value of bringing together Indigenous knowledge and wisdom with that of western scientists. Over these days, we are hearing about some key areas of convergence and symbiosis between these seemingly very different approaches. Dave Courchene emphasized that all of us have wisdom, experience and knowledge that can be applied in a positive way, and for this reason the scientists at the meeting were adopted in a moving ceremony on the first evening, as Indigenous people of Canada; “Canadian citizenship plus” as Dave put it. 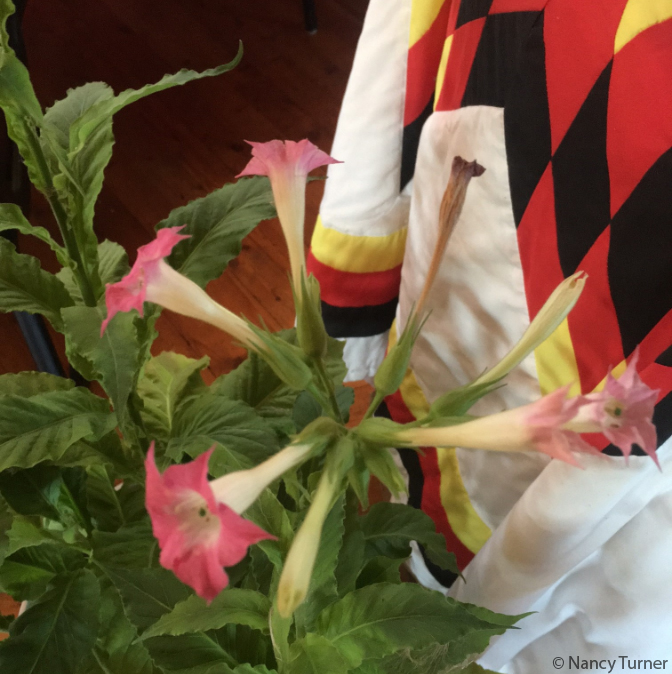 As scientists we held a small clump of soil in our hands, symbolizing our ties to and our responsibilities to Mother Earth, and we heard and witnessed profound words of wisdom from Dave and other Indigenous knowledge keepers, and a sacred blessing with a bear dance and songs from a leading family of the Xaxl’ip First Nation of British Columbia as part of the adoption ceremony.

This, and the loving welcome we were given by all those present brought us together with one heart, to work together towards a common goal of ensuring that our children and our grandchildren – and theirs’ – are able to live satisfying and healthy lives, without destroying the other species and their habitats on which we all depend.

As far back as 1987, the importance of Indigenous environmental knowledge, or Traditional Ecological Knowledge to sustainability, was highlighted in the United Nations Commission on Environment and Development report, Our Common Future, by Gro Harlem Brundtland, former Prime Minister of Norway. Indigenous knowledge systems have since been recognized in a number of other international documents, such as the UN Convention on Biodiversity and the UN Declaration on the Rights of Indigenous Peoples. 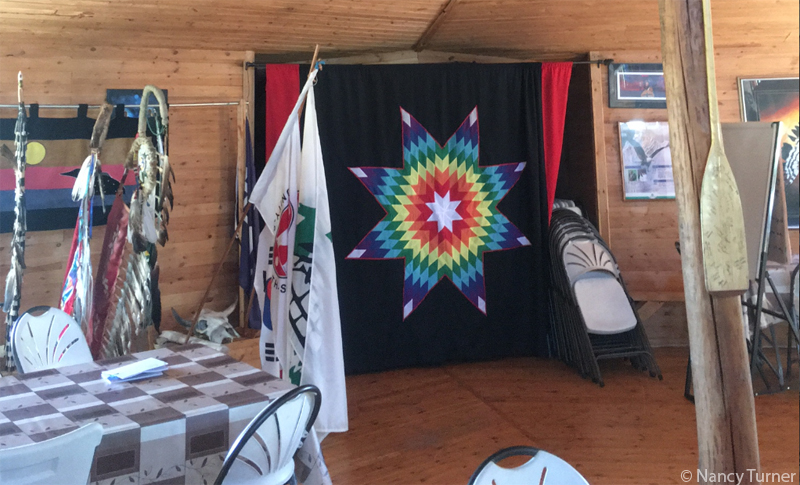 However, many scientists and academics around the world have been slow to recognize the value of Indigenous knowledge, beyond its cultural roles within particular communities and locales.

Scientific knowledge in so many fields – from medicine to engineering, from electronic and digital technologies to genetic manipulation – has been widely seen as the only way to inform and promote large-scale industrial, economic and technological “progress” in the world. Yet for all the knowledge and truly amazing technologies that science has provided, we have failed so far to prevent serious damage to our environment; we humans have been unable to govern ourselves in the use of our science-based technologies without incurring unintended negative consequences.

We need more wisdom and more careful judgment. We need better approaches to planning and decision-making – for the long term. We need more effective, transformational education, and we need to be able to link our actions together with outcomes through more holistic, critical thinking.

As Prime Minister Justin Trudeau expressed at COP21 Paris Climate talks (2015), “Indigenous peoples have known for thousands of years how to care for our planet. The rest of us have a lot to learn and no time to waste.” Today, one after another, the speakers – scientists and Indigenous knowledge keepers alike – expressed the urgency of changing society’s priorities and values. Many of those who spoke emphasized the deep knowledge embodied in the traditional protocols, stories and ceremonies of Indigenous Peoples worldwide.

The responsibilities we must take in reversing the trends of biodiversity loss, global climate change, and general environmental deterioration, the work that will be required, and the necessity for respecting and supporting one another in realizing this vision were also common themes in the discourse of the day. The meetings will continue for two more days and will include roundtable discussions, sharing meals, ceremonies and planning sessions that will help participants plan and prepare for a bigger event next May 2018 to be held in Vancouver – and we hope that these meetings will bring greater awareness for the great advantages of bringing these diverse modes of knowledge together to help us tackle such complex environmental and social problems through our collective minds and hearts.