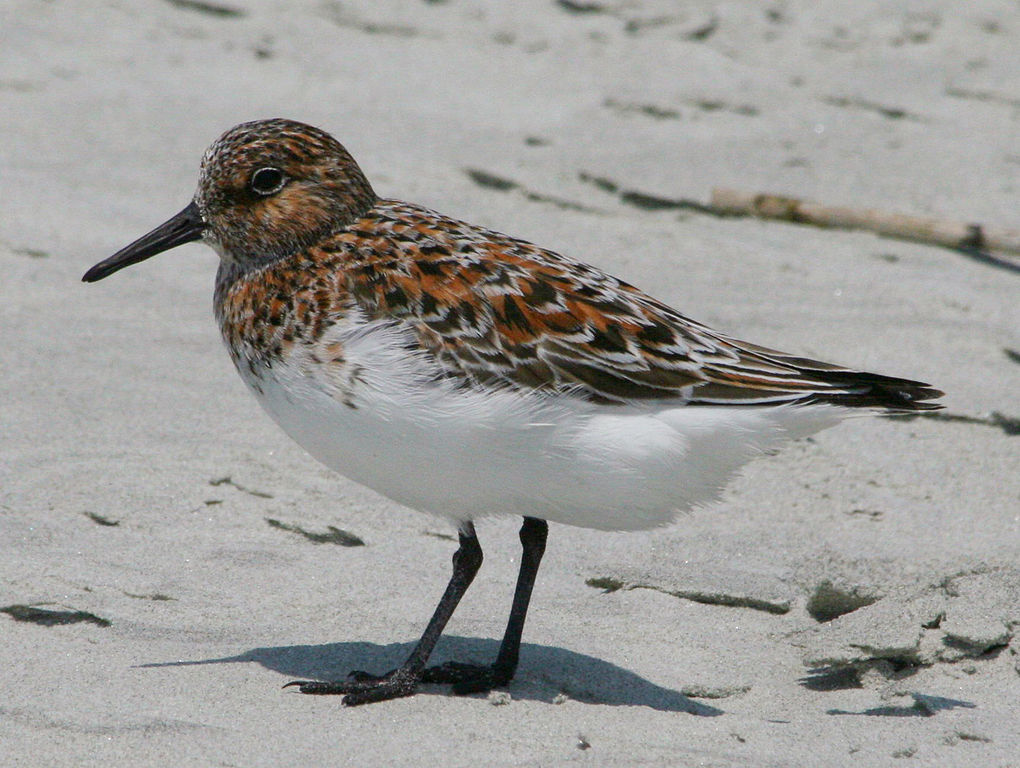 It was decades ago that I first witnessed the incredible spectacle of thousands of shorebirds—mostly Red Knots and Sanderlings—in a constantly moving mass along the thin ribbon of sand on a southern New Jersey beach. They were there to feed on the eggs of horseshoe crabs. The large brown pear-shaped female crabs, looking a bit like misshapen army helmets, slowly and silently made their way through the shallow water and on to the beach amid the deafening chorus of the thousands of Laughing Gulls that were also there to feed on the horseshoe crab eggs.

It was an experience that I will never forget.

But is it an experience that will only be a memory?

That question is artfully, thoroughly, and engagingly explored in a new book by Deborah Cramer published by Yale University Press called “The Narrow Edge – A Tiny Bird, An Ancient Crab & An Epic Journey”. Cramer has constructed the book around her own journey to follow the migratory route of the Red Knot, in this case the most endangered of the Red Knot populations—those that pass through the Atlantic Coast of North America in migration.

She starts in the desolate windswept shores of Tierra del Fuego in southernmost South America where the birds winter and recounts the tales of the first researchers who discovered a previously unknown concentration of Red Knots there in 1979 by driving a beat-up rental car thousands of miles and checking every beach they could get close to. It’s details like this that make Cramer’s story compelling and her vivid descriptions of the areas she visits include what it felt like to be there. Describing waiting to meet some research scientists on the exceeding windy and cold beaches of southern Chile she writes, “My eyes tear in the wind. I’m squinting to shut out the sting” and it is easy to imagine the scene. 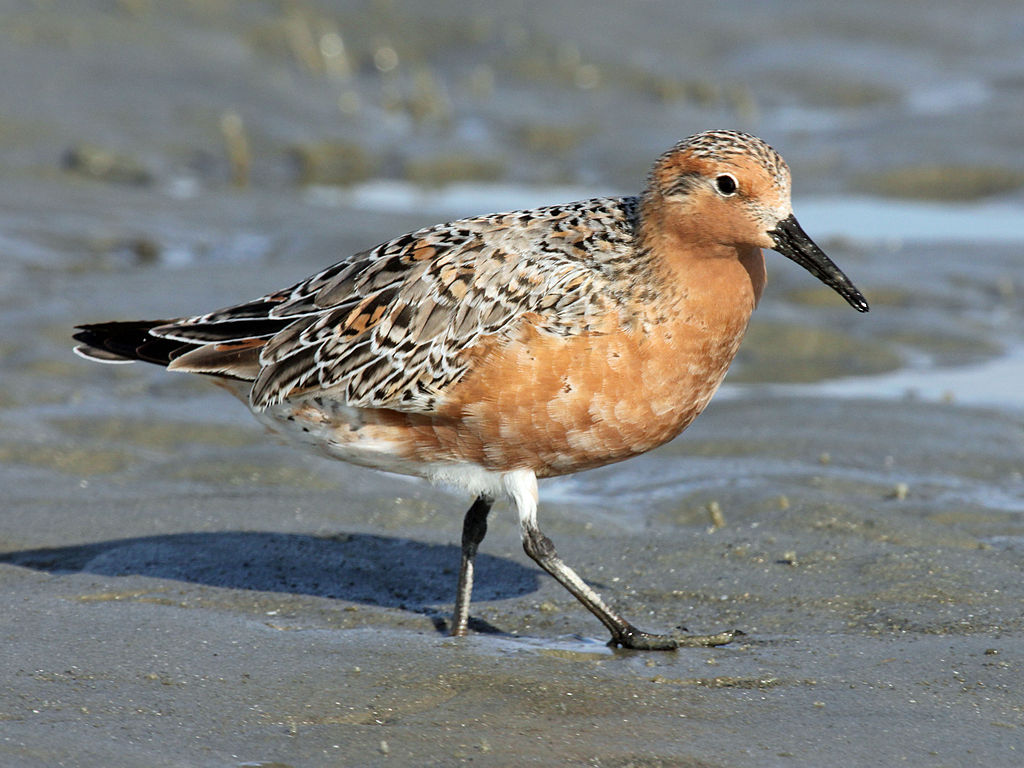 From South America, Cramer travels north to the most famous of the migratory stop-over locations for Red Knots, Delaware Bay. Throughout the book she effortlessly weaves in history whether it is the origin of the bird’s name, what early naturalists knew about Red Knots and horseshoe crabs, or the history of human use of the coastal beaches and tidal estuaries where the birds feed. Her chapters about the human use of horseshoe crabs, including now for their blood that is used in the medical industry, offer some of the best understanding of the issues that have led to major decreases in the numbers of horseshow crabs that come ashore to lay eggs.

From here Cramer flies north to the Arctic where she must learn to handle flares and a gun in case of a polar bear getting too close as she joins a research team looking for the incredibly hard to find nests of Red Knots. Her stories of the early ornithologists’ race to find the first Red Knot nest and eggs, some of them working in the same area where she finds herself, are particularly interesting.

The next stop south for many of the Red Knots coming south from the breeding grounds is another remote and little known area, the shores of James Bay along the edge of the Boreal Forest region of Ontario. Here scientists working with Indigenous communities over the last decade or so, have found major concentrations of Red Knots and other shorebirds using the extensive and remote estuaries and mudflats to fatten up before heading further south on their way to South America.

For anyone interested in birds and bird conservation but who wants to read about it through the human interest stories of a writer and the researchers that she meets, I heartily recommend “The Narrow Edge – A Tiny Bird, An Ancient Crab & An Epic Journey”.