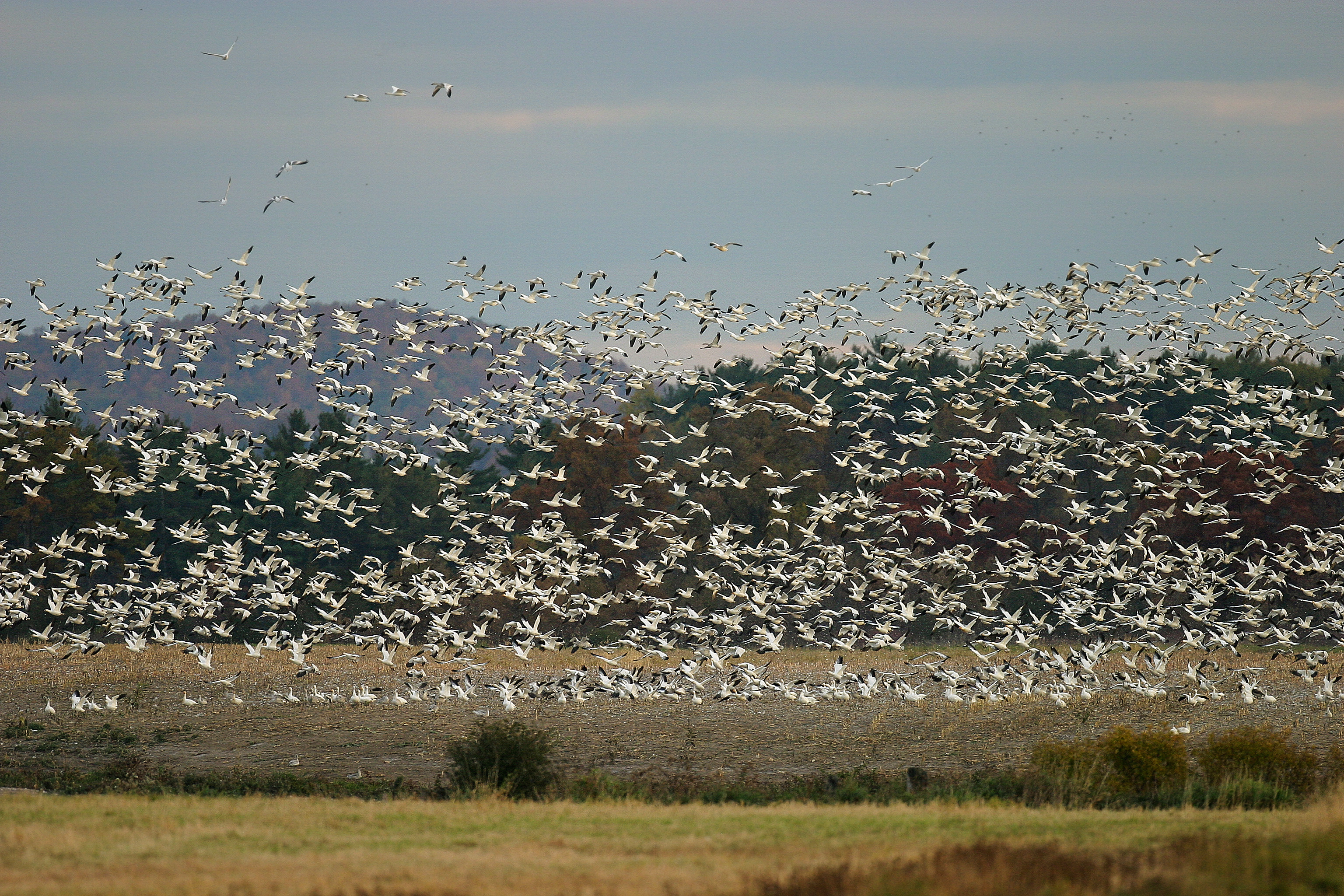 There are few things as exciting to a birder as the fleeting glimpses we get of the migratory birds that navigate through our parks and neighborhoods each spring. The sight of the birds that connect us with lands near and far adds a bit of sparkle to our lives as we soak in the beauty and awe of their presence.

International Migratory Bird Day provides a special opportunity to appreciate how precious of an opportunity we are given each year. This year is an especially relevant time to reflect given that it is the 100th anniversary of the Migratory Bird Treaty. One of the first and largest such environmental treaties, it protected hundreds of migratory species and set the tone for international cooperation. More than ever, now is the time to renew our efforts to work together to protect the birds we share.

As we enter the heart of May, the slow trickle of early migrants has grown into a hemispheric-scale wave—billions of birds are migrating north across our continent to find suitable nesting habitat for the summer. Many of these are headed to the Boreal Forest and Arctic regions of Alaska and Canada. They may be foreign landscapes to many of us, but not to the birds that connect us with them.

These birds represent a slice of the biodiversity of our planet and a unique part of the global heritage of life. With modern technological advances in the study of migration we now know that these tiny creatures accomplish unimaginable feats of endurance, flying nonstop for days over the open ocean with no food or water and no place to stop and rest. They come back north each spring for the promise of a place to nest and raise their young.

It’s hard to imagine what it might be like for them, after fighting their way back over thousands of miles across a hemisphere, to arrive back in the familiar neighborhood where they raised their young or perhaps where they themselves were raised. Most birds come back relatively close to the area near where they were raised and adults tend to come back to almost the exact same spot where they nested in the previous year. Is it possible that they feel a sense similar to what we would call relief and joy when they arrive at that spot and see the same tree where they built last year’s nest? 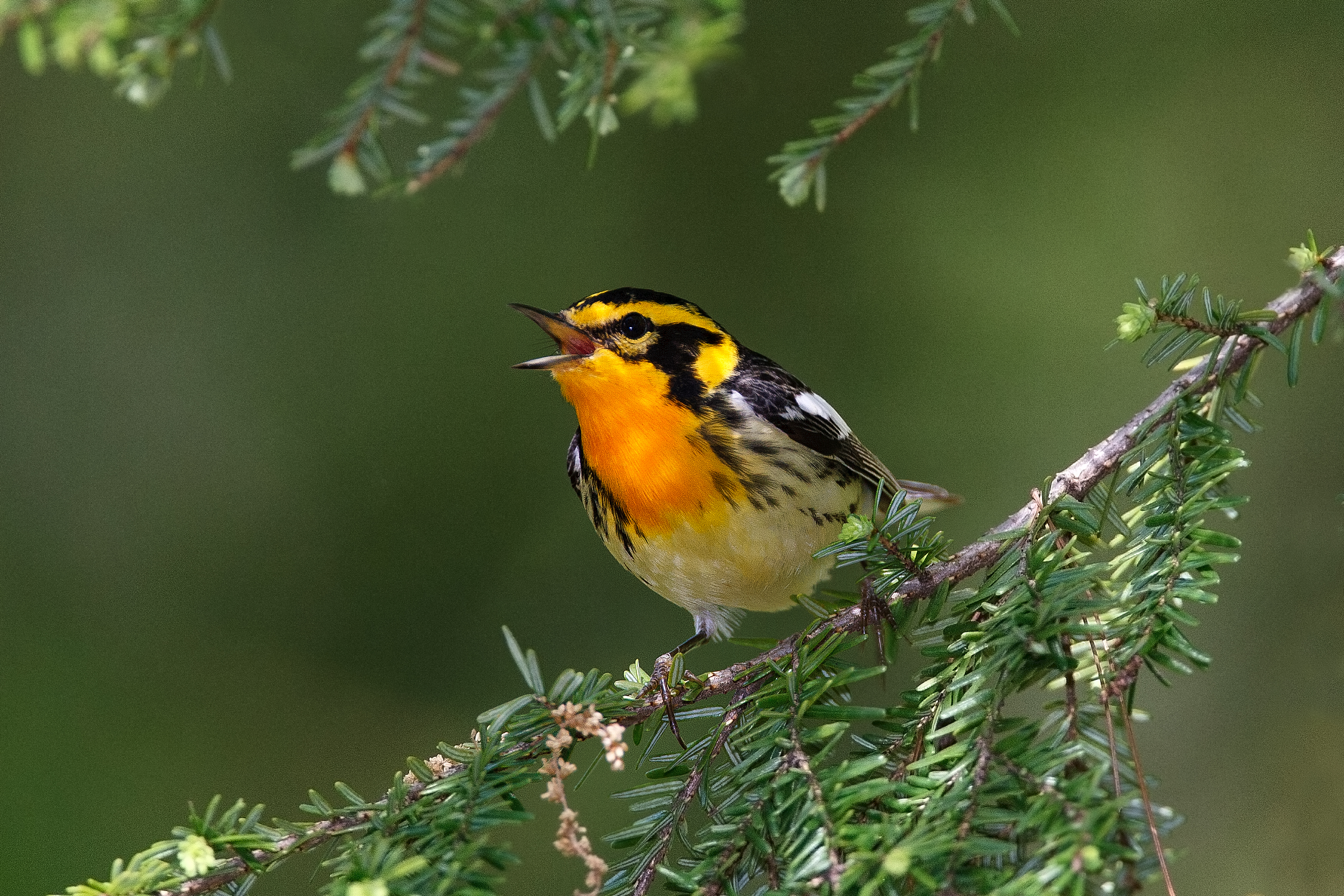 But what about the bird, maybe a Blackburnian Warbler with its bright orange throat, that has flown through dark skies north from Ecuador where it spent the winter, over the teeming forests of Central America, across the Gulf of Mexico to the coast of Texas or Louisiana and then north, night by night over weeks of travel to arrive and find an empty space where the spruce trees that had held last year’s nest had been? Maybe the trees needed to be removed to make way for a road or a new building or were harvested in a forestry operation. The bird is faced with a difficult situation. Find a new place, fight for a new territory, or die.

While there are myriad threats facing our continent’s birds, habitat loss is and will likely continue to be the most pressing issue for many of them. It is also one that we as nations have policy tools to manage.

We humans can’t stop all loss of habitat as we ourselves need places to live and food to eat and that means we consume resources like all other living things. But we can and need to find a balance. Famed scientist, E.O. Wilson, in his new book Half Earth, argues that we need to set aside at least half of the Earth to sustain life and to guarantee clean air and water for the generations of humans to follow. 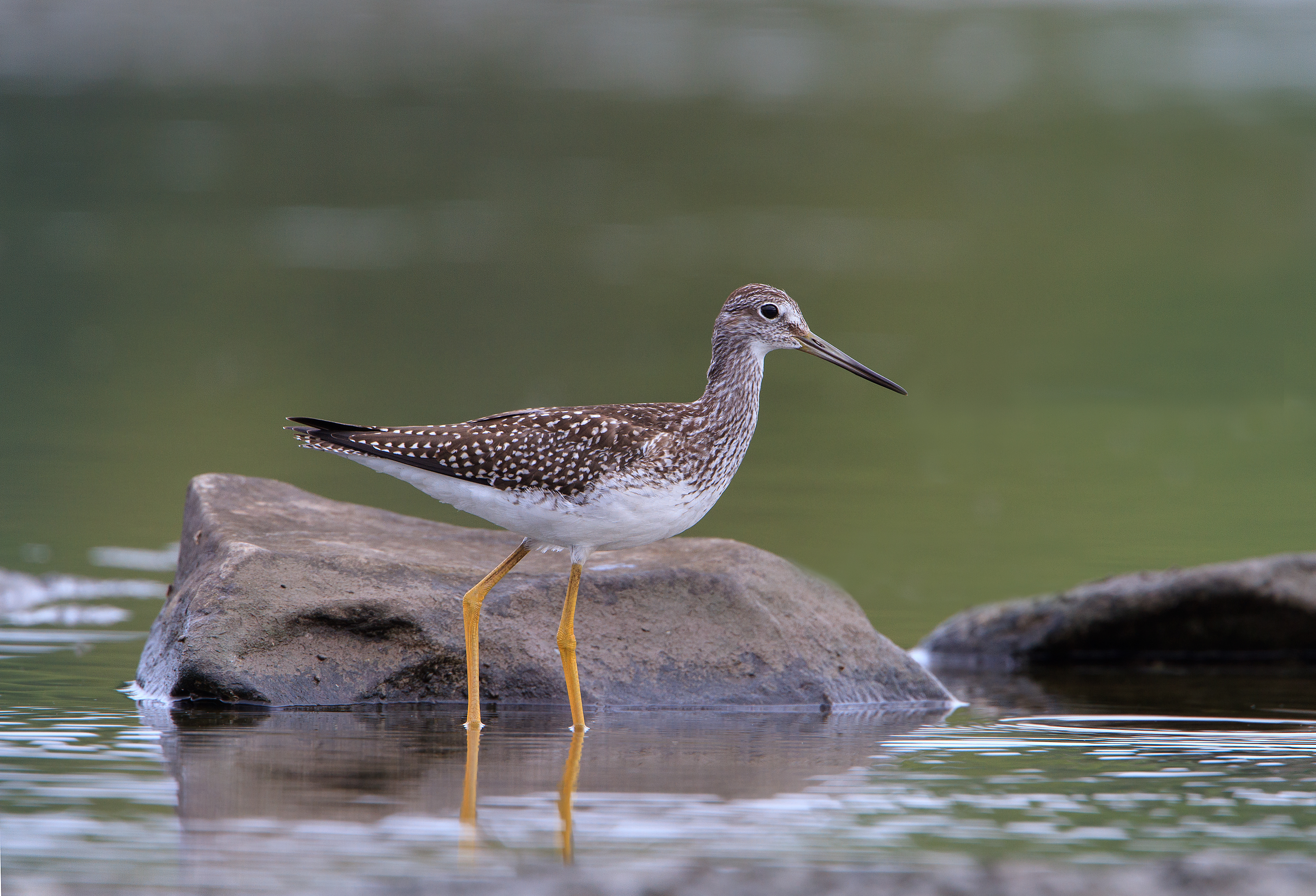 This new paradigm being offered as a solution for co-existing with the world around us may be hard in some places, but not in the Boreal Forest. Approximately 80% of this forest, which supports 325 bird species in all, is still intact and free of large-scale industrial disturbance.  The Canadian Boreal Forest Conservation Framework, consistent with E.O. Wilson's proposal, is a science-based vision to preserve at least half of Canada’s boreal forest in a network of protected areas and to support sustainable communities and state-of-the-art stewardship practices in parts of the landscape subject to development. The Boreal Framework is supported by 1,500 scientists from around the world, and has inspired Boreal Birds Need Half—which features more than two dozen endorsing bird- and nature-based organizations.

Two provinces have already pledged to protect at least half of their northern Boreal landscapes in Ontario and Quebec. It will take time and careful planning, but if implemented correctly it will protect the breeding grounds for hundreds of millions of migratory birds. Indigenous-led land use plans are additionally offering new models for protecting the land, with millions of acres either protected or being considered for protection.

We cannot change the mistakes and lack of foresight of the past. But we can move forward in a new direction. Let us do it in a way that balances our needs as humans with the needs of the birds and other wildlife with which we share this amazing planet.