Akudlik Marshes and Thunderstorms in Churchill 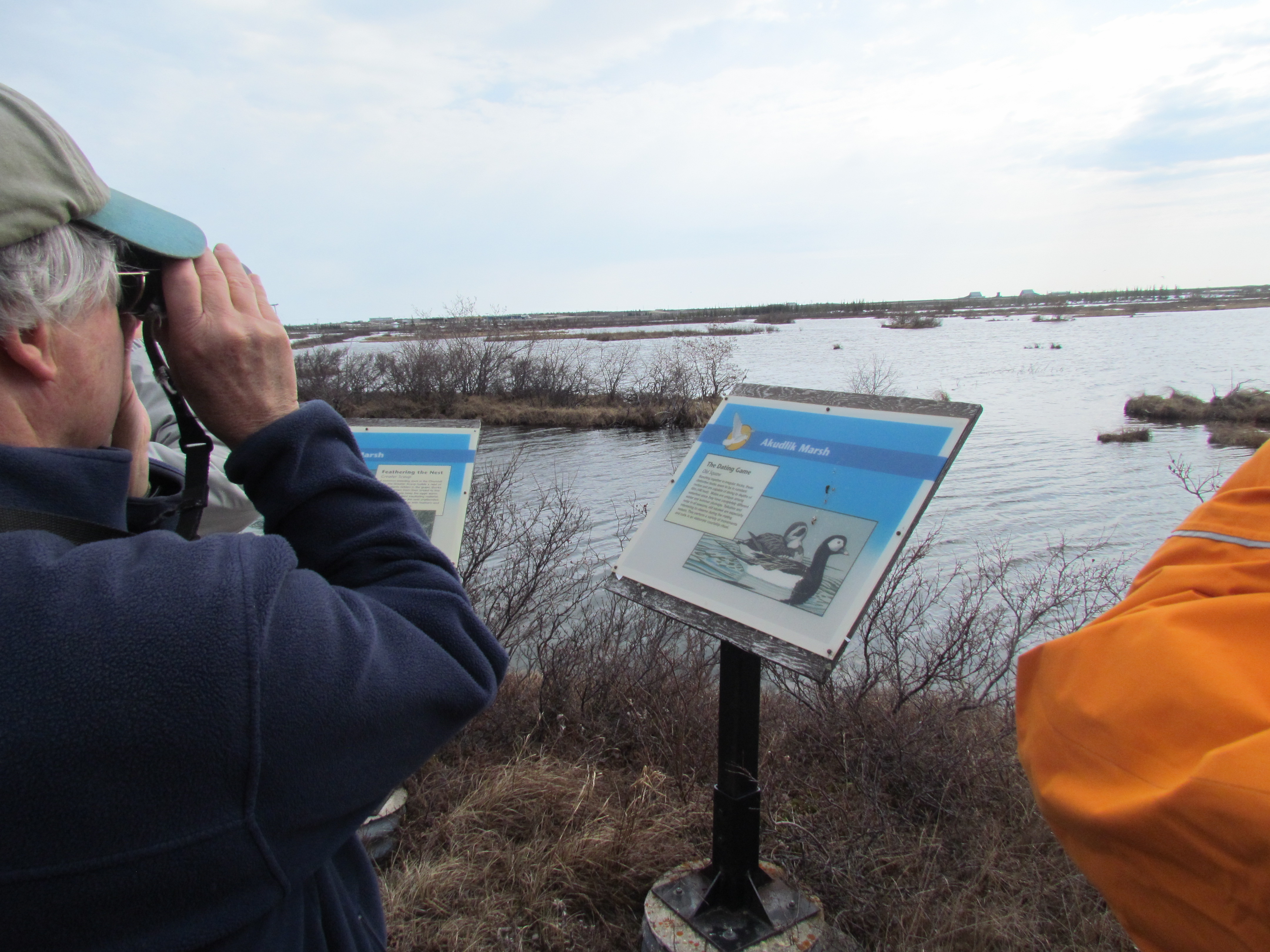 The famous Akudlik Marshes were our starting point soon after Paul picked us up on Tuesday morning. This was the location where a bird species nested that renewed Churchill’s place in the birding pantheon of must-visit places. I say “renewed” because Churchill was famous among ornithologists as the location where George Sutton and other ornithologists raced to be the first to make the first ornithological discovery of the Harris’s Sparrow nest in 1931 despite the fact that the species had been first described 91 years earlier. But in the late 1970’s and continuing perhaps to about 1990, one or more pairs of Ross’s Gull nested at Churchill, primarily at Akudlik Marsh. The species was virtually unknown to most North American birders because the few other known nesting sites are in remote High Arctic locations and individuals only very rarely make it south to southern Canada or the northern U.S.

Not surprisingly we did not see any Ross’s Gulls when we stopped by Akudlik Marsh, where there is now a parking area and interpretive signs but we did enjoy beautiful close-up views of lush-looking Pacific Loons and more Hudsonian Godwits plus the rather incredible breeding displays of Lesser Yellowlegs and Wilson’s Snipe. A stop at the Legion park yielded a pair of displaying Merlins, a Bonaparte’s Gull sitting in a tree (they nest in trees unlike other gulls) and lots of snow still on the ground. A few errant snow balls were even thrown. 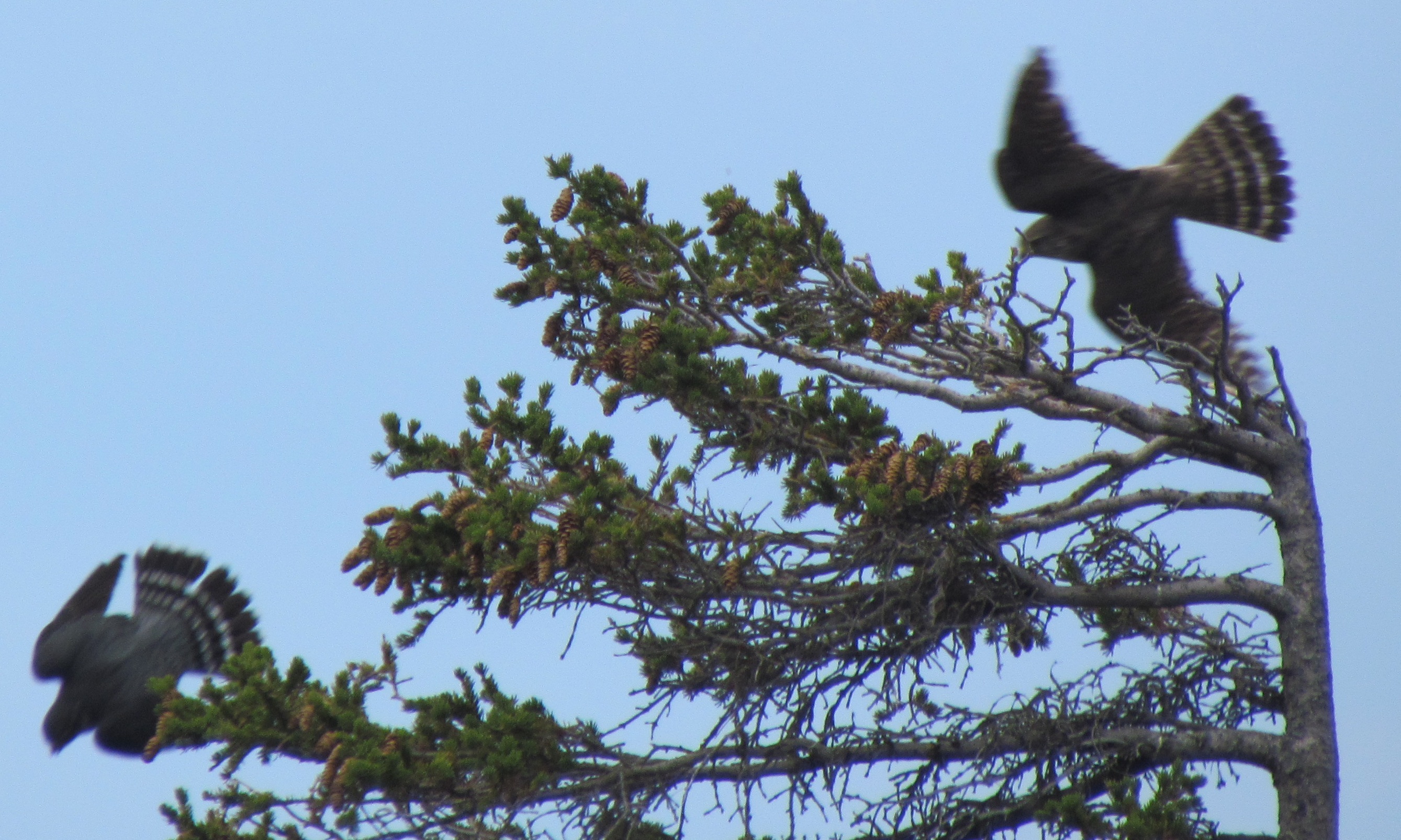 Next stop was the feeder at Marlene’s house on Goose Creek Road. All we had been able to find was more of the abundant White-crowned Sparrows and almost everyone was back on the bus when suddenly a large sparrow with a black face and throat and pink bill appeared under the feeder. It was the Harris’s Sparrow—the only breeding species endemic to Canada and one rarely seen by birders on the East Coast of North America. 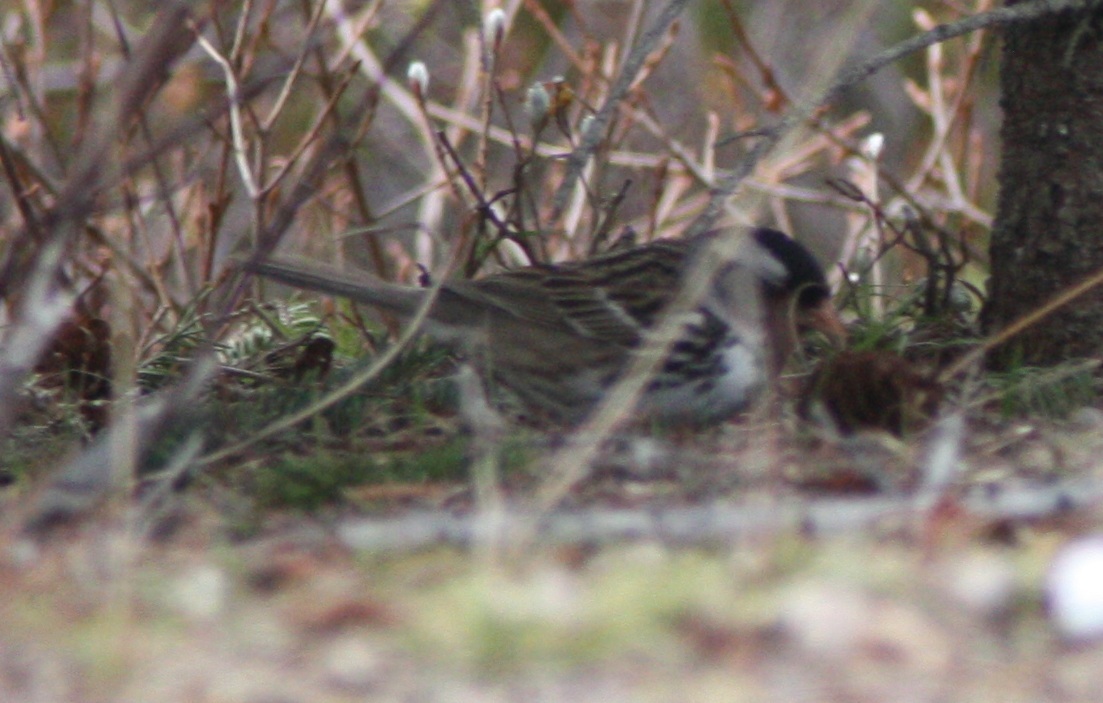 Spirits were high as we moved further down Goose Creek Road to where there were pools of standing water near the road filled with Bonaparte’s Gulls, Short-billed Dowitchers, Lesser Yellowlegs, and tiny Red-necked Phalaropes. 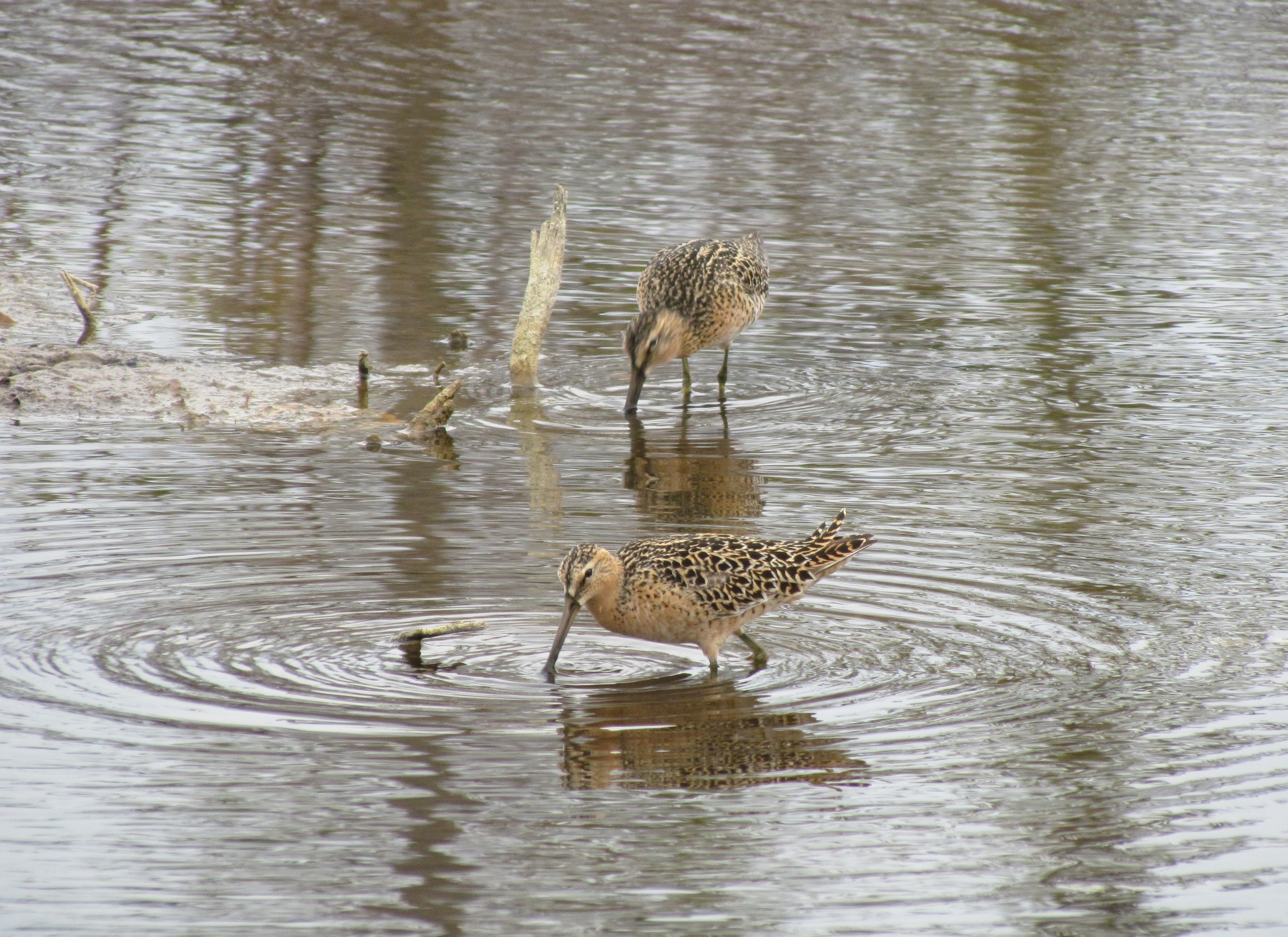 But from the west came the unmistakable low rumblings of thunder and soon we could see dramatic blazing lines of yellow lightning. Here in Churchill the topography is so flat that distances are highly misleading and the thunderstorms were much further away then we realized so we kept going. Just north of the observation tower that overlooks the Churchill River we came across a very birdy area where two male Blackpoll Warblers were fighting over a territorial boundary and giving us stunning eye level views. We wondered if these could have been the same Blackpoll Warblers that we had been seeing in Pennsylvania and Maine just a couple of weeks before as they migrated north from their Amazonian wintering grounds. 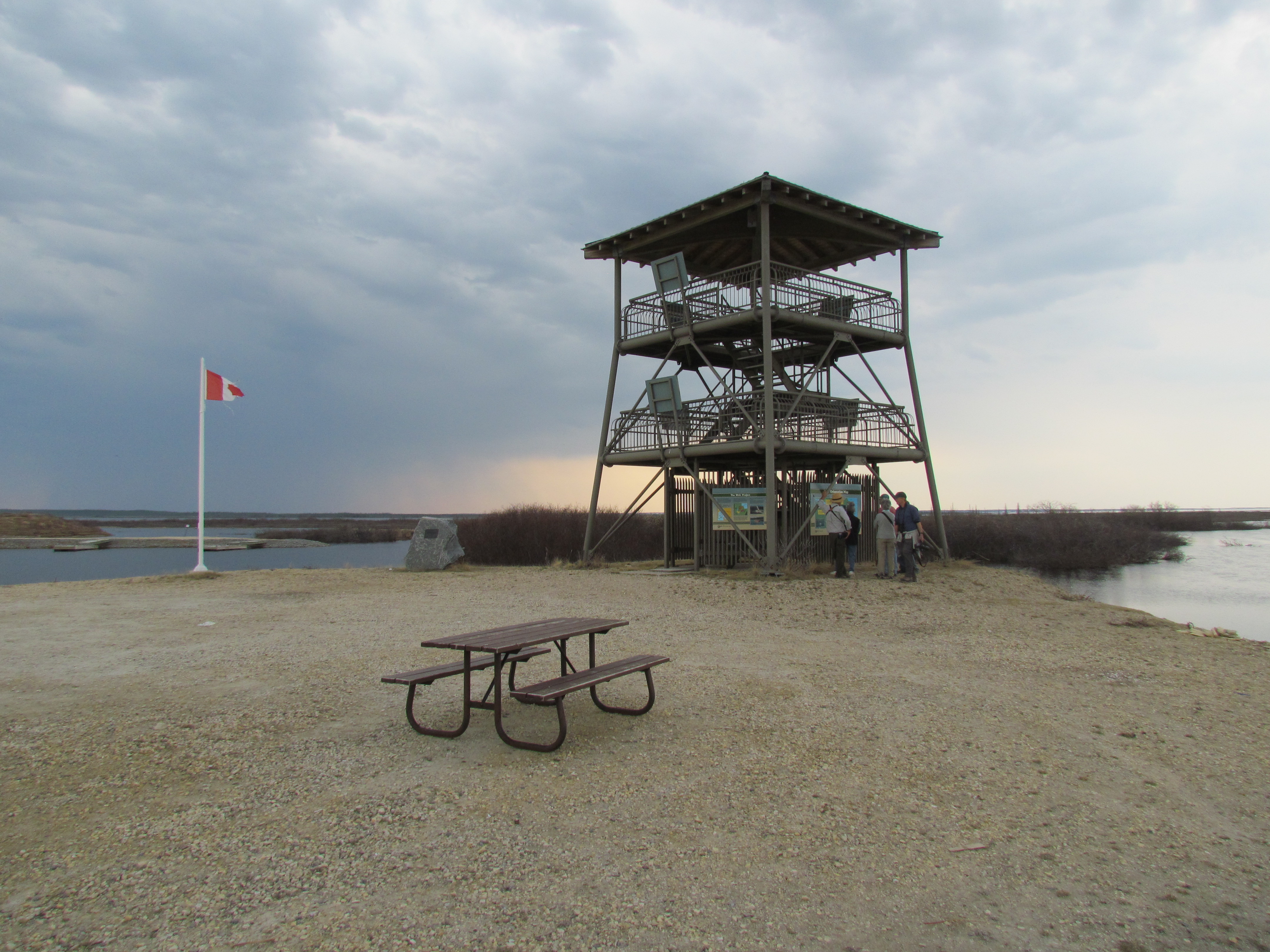 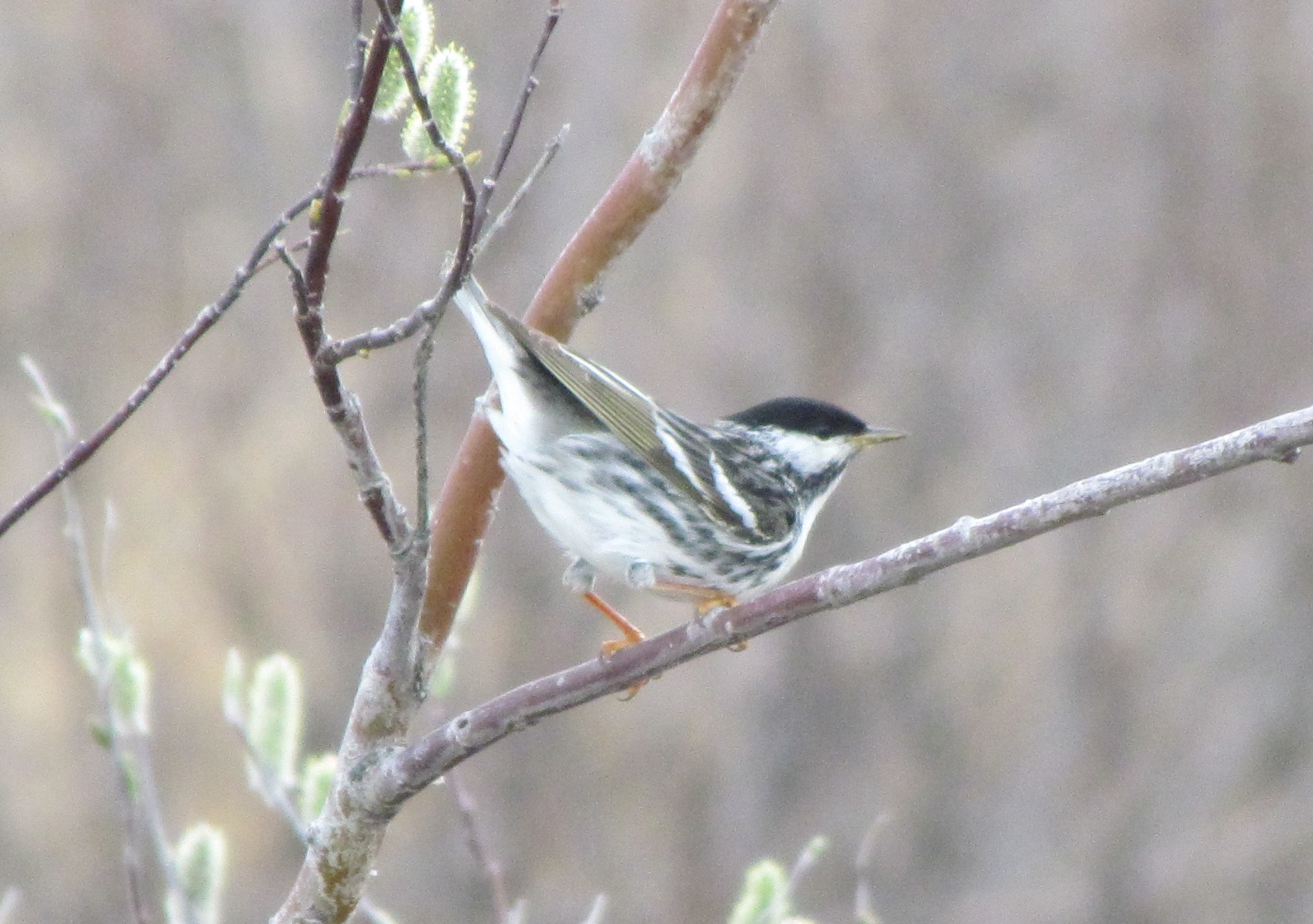 Greater Scaup, Green-winged Teal and Northern Shovelers seemed to be in every nook and cranny and we even found a single male Ring-necked Duck in Goose Creek which Paul told us was unusual in the area. We ended the evening searching through several small flocks of Bonaparte’s Gulls for a hoped-for Little Gull that had been reported earlier in the week but with no success. On the way back though we were blessed with a gorgeous Rough-legged Hawk in the open land south of the old Navy base. 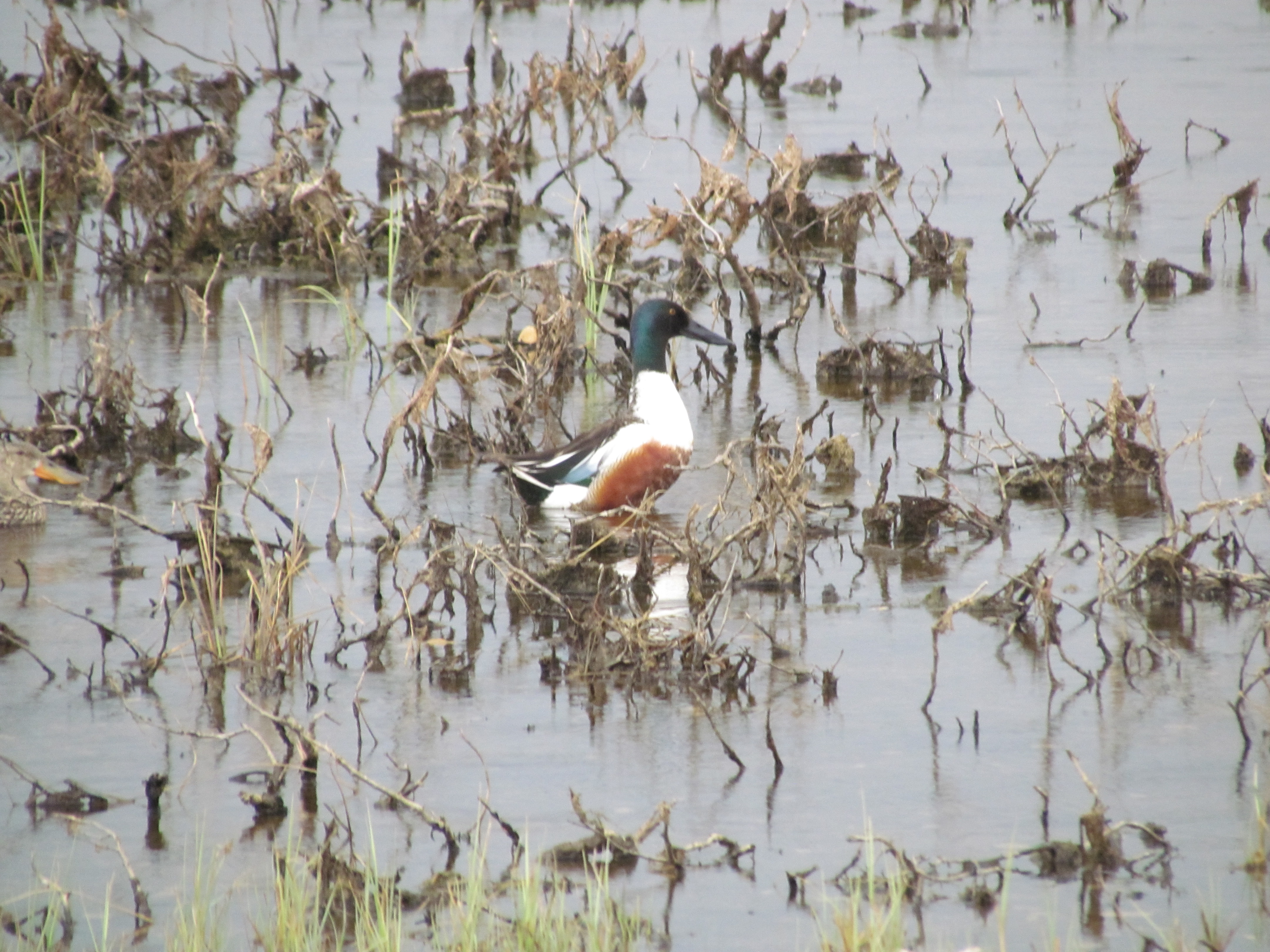 After dinner at the Seaport Hotel we had the pleasure of seeing some of the beautiful videography of Tim Barksdale, an old friend of mine who happened to be in Churchill working on a new project that we hope we will be seeing on public television in the near future. Thanks Tim and keep us posted! 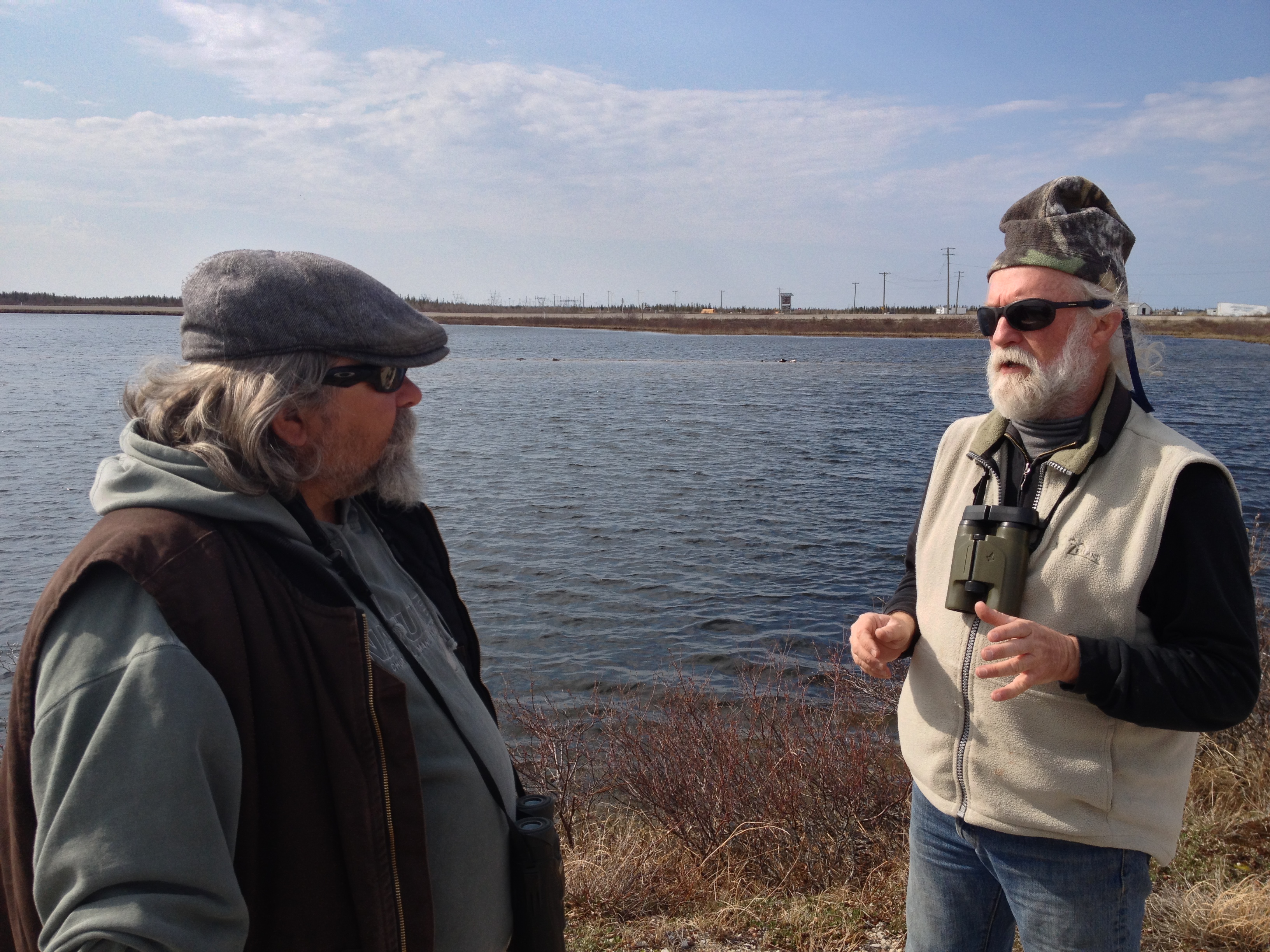 Paul Ratson on the left, Tim Barksdale on the right
Credit: Jeff Wells