The following is a column by Dr. Jeff Wells that has been reposted. Dr. Wells regularly writes a column in his local newspaper in Maine, the Boothbay Register. 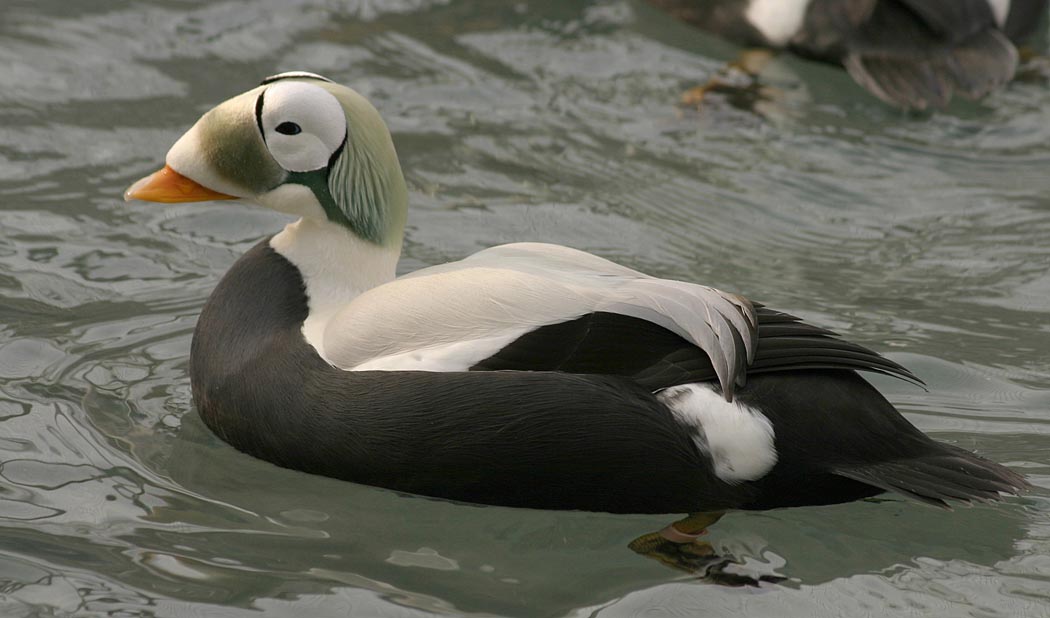 One hundred years ago this month, the U.S. signed the Migratory Bird Convention, a treaty between the U.S. and Canada in which both nations agreed to enact similar laws to protect migratory birds from unregulated market hunting. This landmark treaty is still in effect, and many Maine birds are here today because of it. Back when the treaty was signed, there was only a rudimentary understanding of bird migration. In fact, there were many species for which the wintering or breeding grounds were still unknown. The famously endangered whooping crane’s breeding grounds were unknown until the 1950s when it was discovered that the entire population (which was down to less than 20 birds at one point) flew from its wintering area on the Texas coast to Wood Buffalo National Park on the Alberta-Northwest Territories border. The wintering grounds of the spectacled eider, a sea duck that nests in Alaska and Siberia, were unknown until the 1990s, when satellite tags were used to track them to open areas in the middle of the Bering Sea.

A new report released last week highlights how new technologies have revolutionized the understanding of bird migration in this 100 year anniversary of the Migratory Bird Convention and recommends some new actions that are needed to ensure the birds we enjoy and value are here for the next 100 years and more. The report, Charting a Healthy Future For North America’s Birds, outlines seven new tools being applied to bird migration research, most of which we have discussed in past columns: satellite tags, miniaturized radio tags, geolocators, feather isotopes, genetic markers, radar and audio recording, and citizen science. 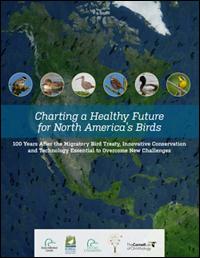 Maine researchers are actually at the forefront of using much of this new technology. Arctic terns fitted with geolocators on islands of the Maine Islands National Wildlife Refuge have been shown to make a journey that takes them to Antarctica during our winter. Great shearwaters, a species that comes to the Gulf of Maine during our summer and that nest on just a few islands of the Sub-Antarctic, were marked with satellite tags off the Maine coast. Tracks of their journeys showed locations that were important feeding locations not only here but also in places like an area halfway between Newfoundland and Iceland that new research is highlighting as an important foraging area.

Terns nesting in Maine have had radio nanotags attached to them that can be monitored with fixed radio antennas. This has allowed researchers to calculate the number of foraging trips the adults must make each day to feed their chicks, and how far they travel to find food. Feather isotope analysis of songbirds captured and banded on the Maine coast has shown that many of these birds have come from breeding areas across the Canadian Boreal Forest region. Geolocators placed on blackpoll warblers in Vermont and Nova Scotia have shown that these tiny birds, smaller than a chickadee, fly nonstop over a three- to four-day period from our coastline to the Caribbean. After a stopover of a few days, they make another marathon flight to northern South America. 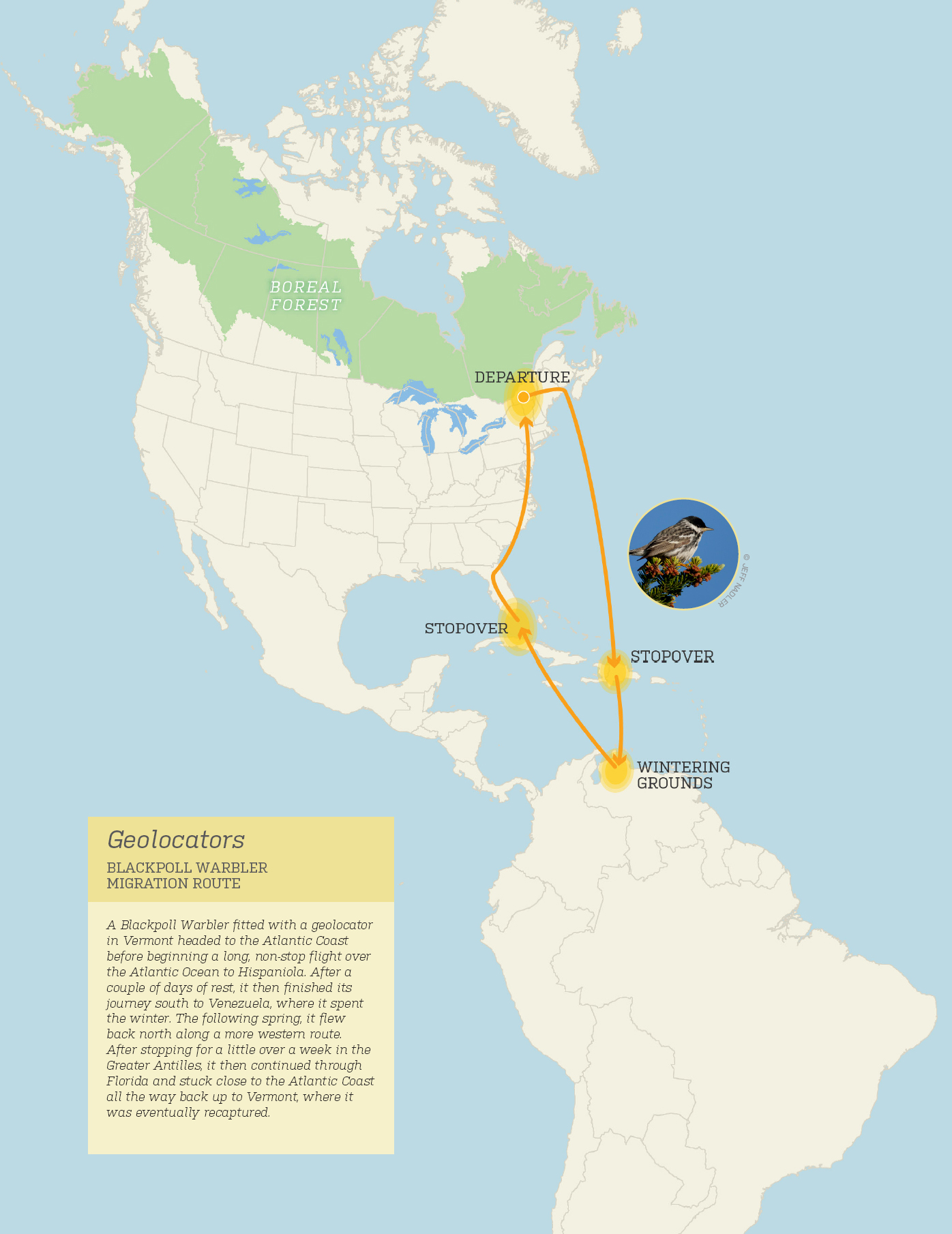 All of this new technology is opening our eyes to the shared responsibility the nations of the world have to ensuring a future for migratory birds. Protecting and maintaining the birds that we care about will mean that much more habitat will have to be protected and restored for birds on their breeding grounds, along their migratory routes, and on their wintering grounds. That is good for all of us. Read more in the report, Charting a Healthy Future For North America’s Birds, here: http://www.borealbirds.org/announcements/charting-healthy-future-birds