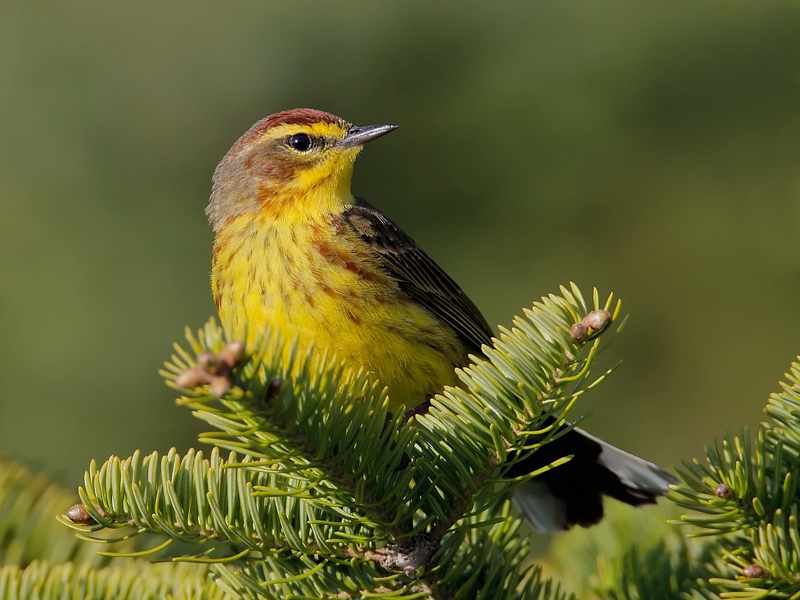 We are pleased to announce the release of our new report Boreal Birds Need Half: Maintaining North America's Bird Nursery and Why It's Important. We teamed up with Ducks Unlimited and Ducks Unlimited Canada to take a closer look at the amazing relationship between North America's boreal forest and the billions of birds (featuring more than 300 species) that breed there. 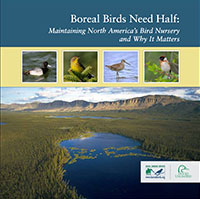 The statistics are astonishing:

To provide these billions of birds—many of which we have come to know and love in our own backyards—the best chance at long-term survival, at least half of the boreal forest should be protected from development. The fact that much of the boreal forest, which spans the entire width of North America all the way from Alaska over to Newfoundland, is still intact provides a rare opportunity to get it right before it's too late.

Few places on Earth still contain large, wild and natural areas relatively free of human development. Keeping the boreal forest this way should be an enormous priority to avoid making the same mistakes that have plagued wilderness areas all around the world.

The full report and associated graphics can be found here:
http://borealbirds.org/birdsneedhalf.html

The report has already received some good attention in the press. Here's a snippet:

"Once people hear the story, they're quite captivated by it," said Jeff Wells of the Boreal Songbird Initiative, one of the sponsors of a report released Sunday.

"The idea that this bird in your backyard, especially in a big city, is actually going to go from this urban environment to one of the last big wilderness areas left on Earth, is kind of a cool idea."